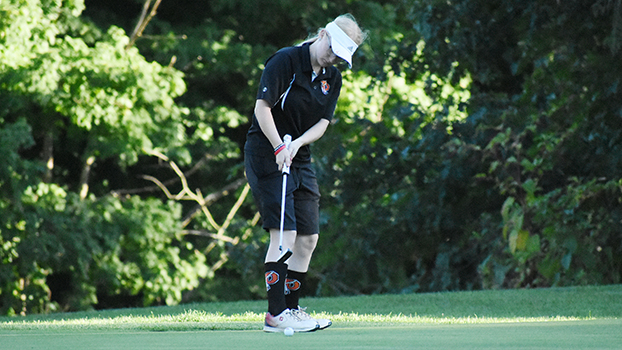 PLAINWELL — Two players, one from Dowagiac and one from Edwardsburg, qualified for the Michigan High School Athletic Association Division 3 state golf finals after finishing as one of the top three individuals at Lake Doster Country Club Thursday.

The Chieftains’ Rebecca Guernsey shot 90 to be the first individual qualifier not on a team that advanced to the state finals, which will be Oct. 14-15 at Forest Akers East on the campus of Michigan State University.

Edwardsburg’s Chloe Baker, finished a stroke behind Guernsey, as she shot a 91. The third individual qualifier was Zoe Bronkema, of Allegan, who shot 93.

Two of the three qualifying teams were Wolverine Conference squads. Vicksburg won the regional title with a team total of 392, while Otsego was second with a 410. Charlotte, led by medalist Hannah Robinson, who shot 77, was third with a 411.

The Rangers did not qualify as a team, nor did they have an individual advance to the state finals after shooting 436 as a team.

Maria Insenser led Cassopolis with a round of 94.