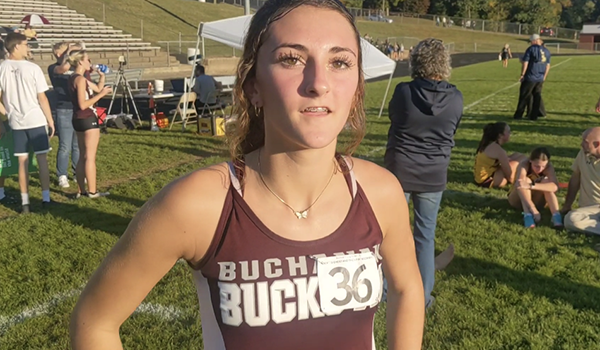 BUCHANAN — It was another day at the cross country office for Maddie Young.

The Buchanan sophomore took first place in the Buchanan-hosted Lakeland Conference Jamboree Tuesday with a time of 21:50. After the race, Leader Publications caught up with Young and asked her about the race, her team and her goals for the season:

Interview transcription:
Q: How did today’s race go for you?

YOUNG: “There were a lot of hills. Our team ran the hills a lot to prepare ourselves. Running on them over and over helps a lot because other teams maybe don’t do it as much.”
Q: At what point during the race did you feel you were able to take control?

Q: How have you approached the season being a sophomore leader of this team?

YOUNG: “I tried to train as much as I could during the summer. Our coach had morning workouts twice a week, which helped a lot. She runs a good program. It’s nice getting up early in the summer and getting to know the team before the season starts.”

Q: You had a great freshman season. What were some of your goals for the season and where are you at with them?

YOUNG: “I wanted to get in the 20s by the beginning of the season. I didn’t quite get that but I did hit 20s in my last meet at River Valley, so I’m happy about that. II hope to keep going down and try to get into the 19s by the end of the season.”

How do you feel about this year’s team?

“We’ve bonded a lot and I love the girls. I think we have good chemistry together and we’re very positive and we push each other. It’s nice to have teammates to push you in every practice and race.” 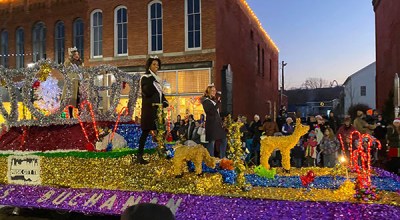