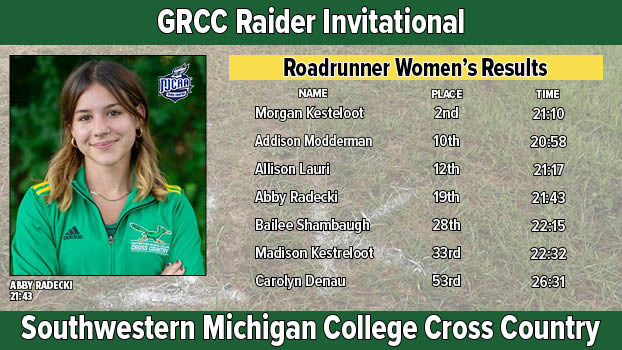 The host Raiders won the team title with 49 points, while the Roadrunners were second with 71 points and Mott Community College third with 96 points. Lake Michigan College finished 11th with 300 points.

Grand Rapids’ Kaylee Scott was the individual champion as she ran a time of 20:07.

Aaiyah Watson led the Red Hawks with a 17th place finish and a time of 21:39. 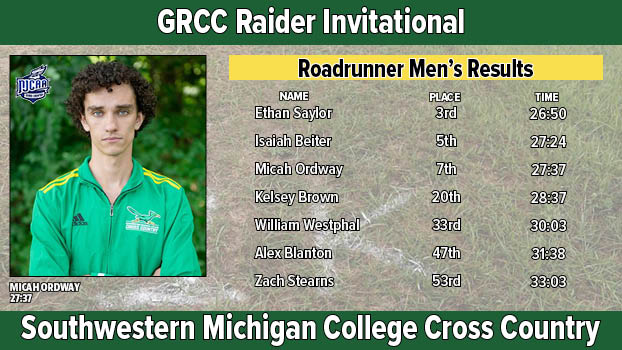 Muskegon Community College’s Kyler Dean was the individual champion with a time of 25:53.

Southwestern’s Ethan Saylor (Dowagiac) was third with a time of 26:50. Isaiah Beiter (Lawrence) finished fifth and Micah Ordway (Delton-Kellogg) finished seventh with times of 27:24 and 27:37, respectively.