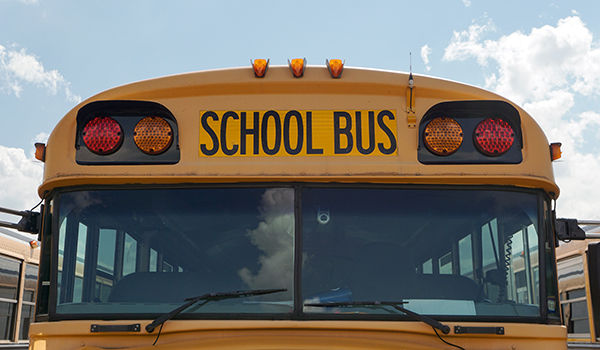 NILES — Pamela Behm enjoys being behind the wheel of a school bus.

A bus driver of 23 years, Behm began her career as a bus driver when her children were students at Edwardsburg Public Schools.

“I needed to work,” she said. “I wanted to be home with (my children) when they were off. It was a little intimidating at first but I grew to love it. The buses are big but so easy to drive. I had the same route every year and the kids became a part of my family.”

Behm was an EPS bus driver for 15 years and has been a bus driver for Brandywine Community Schools, where she graduated from, for nearly eight years.

“My (bus) kids are my family,” she said. “Every child on that bus has a different personality but they’re great kids.”

Like many bus drivers across the country, Behm is doing her part to ensure safe transportation to and from school for her students amid a driver shortage.

According to a survey of 1,200 school administrators and transportation officials conducted by HopSkipDrive, the top reasons for the nationwide bus driver shortage are:

According to Indeed, the average hourly bus driver pay rate in Michigan is $17.45 per hour. Behm, who returns to work in October from medical leave, believes the actions of select parents are a key reason why local districts are having difficulties finding bus drivers.

“When we have kids on our buses that give us problems, we all know it was related to school or home,” she said. “We’re like counselors; We just listen to them and talk with them. But now there’s a shortage of bus drivers. We’re taking on more routes and getting more different kids on buses.”

After voicing her opinion on Brandywine’s bus driver situation on Facebook, Behm said she received support from many local community members and parents.

“They help out any way they can,” she said. “It gets tough some days. Some days I feel like I’m done.”

Brandywine Superintendent Travis Walker said that while a lot of factors contribute to the driver shortage, the main one impacting the district is the availability of drivers. Brandywine began the school year with four drivers and now has six (not including the transportation director) who are tasked with covering multiple routes in order to bring students to and from school.

While Walker understands parents’ frustration in recent weeks, he appreciates their patience as the district continues to address its transportation needs.

“The community and patients have showed a lot of patience and grace and our bus drivers have been phenomenal in working the extra time and getting kids to where they need to be. The biggest thing is that our kids are getting there safely. It’s just taking longer right now.”

“The parents think it’s such a horrible job,” she said. “It’s really not. If you love kids, it’s something to do. It’s tough; we need drivers. Buses look intimidating but it’s just like driving your vehicle, and they will train you.”