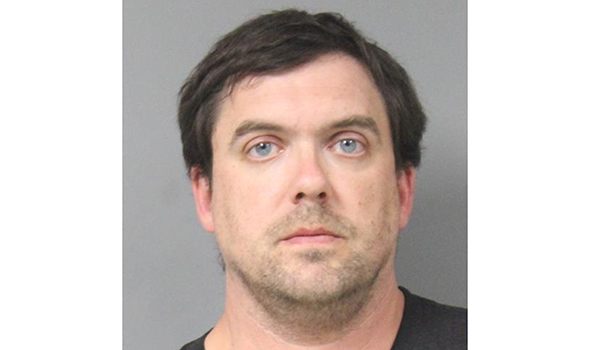 NILES – A former South Bend area youth hockey coach was sentenced to jail and probation Monday in Berrien County Trial Court after pleading guilty to accosting a minor for immoral purposes and another charge.

Christien Joubert, 39, of South Bend, pleaded guilty to accosting a minor for immoral purposes and using a computer to commit a crime and was sentenced to five years probation, 25 year registration as a sex offender, 60 days in jail with credit for five days served and $1,258 in fines and costs.

Before this incident, Joubert was a hockey coach and director of a youth, high school and adult hockey league program in South Bend, Ind. These charges came about when he arranged to meet an underage girl for sex at the Hampton Inn in Niles on May 12. When he arrived and knocked on the door, a police officer answered and Joubert was arrested.

Joubert told police that he thought he was communicating with an underage girl when he was actually in contact with a police officer. He said he had found the person on a website called skipthegames.com. He initially thought that the girl was 19 but the person later said they were 15.

He told police that he was struggling with his decision to meet the girl and had never actually met anyone before when using that website. He also admitted to sending explicit photos to the person he planned to meet in Niles.

Defense attorney McKinley Elliott said that Joubert had been examined by an area doctor who concluded that he found a very low risk for recidivism and recommended counseling for Joubert. Elliott said he told his client to own his actions, understand why he did it and work to help his family get through the situation.

Joubert apologized to his family for the harm and stress he caused them. He said the incident had put strain on his marriage and added that he will “spend the rest of my life apologizing to her.” He also apologized to his son and daughter and called them “the true victims in this matter.”

He also apologized to other family members as well as all the youth he had coached over the last 18 years. “They looked up to me for support, I will miss my friendships with them,” he said.

He said jail was appropriate given the nature of Joubert’s conduct, the risk to the public and the seriousness of the offense.

Judge Schrock said he would consider allowing Joubert to serve his jail term on tether if he can show that he has established a Michigan residence. Tether is not an available option for Indiana residents.