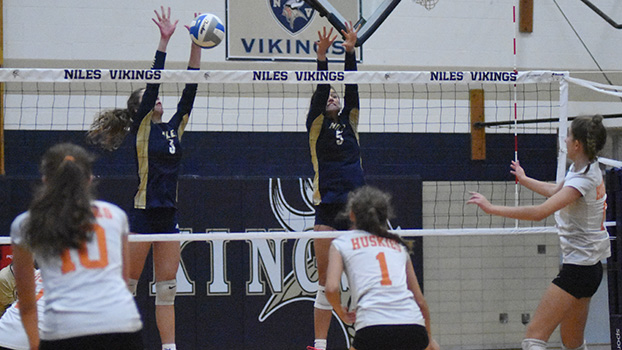 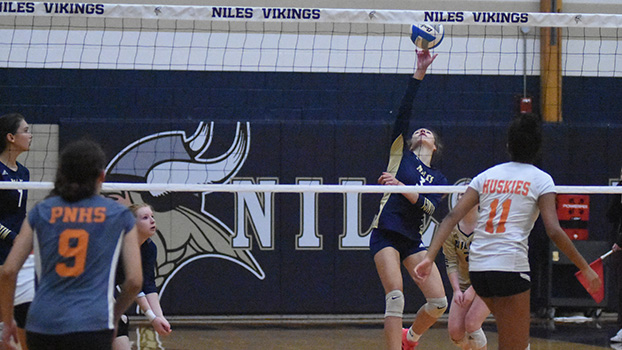 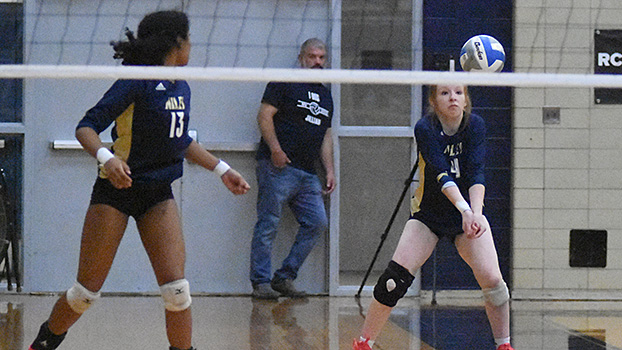 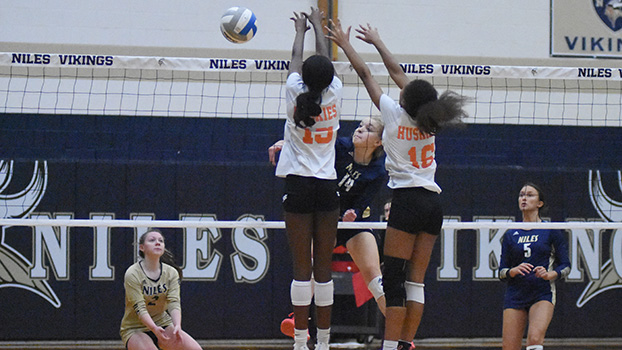 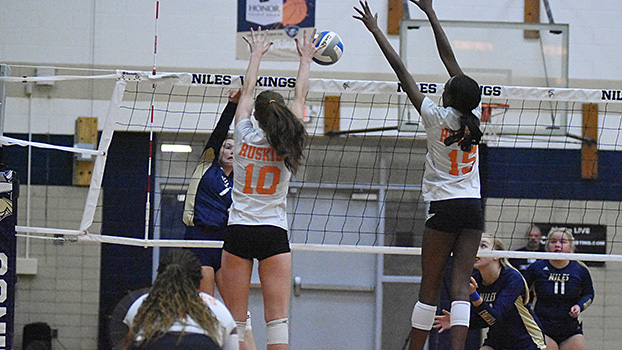 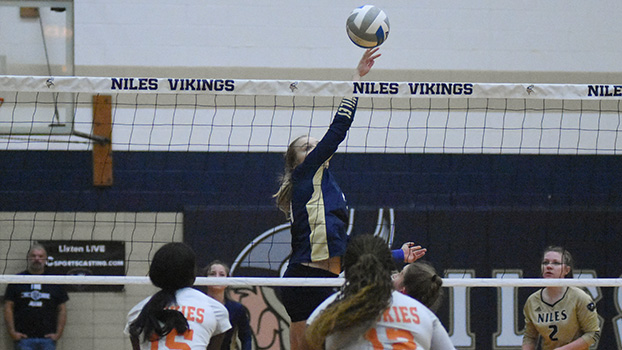 NILES — The Niles volleyball team continues to build momentum as the regular season is approaching its final month.

“Today was a great day, we went undefeated on the day and played some of our best volleyball,” said Niles Coach Samantha Zimmerman. “It wasn’t easy though, we showed some amazing grit today going to five sets against two of the teams. We have many young players so we are working on everyone staying focused for the whole game start to finish and not taking plays off. Our goal is one point at a time and playing our best for that 1 point. We played our best a lot today and that was exciting to see. We hope to continue that for another home game Tuesday against Mishawaka.”

Jillian Bruckner had a huge day at the net with 53 kills and seven blocks. Kendall Gerdes added 20 kills and 14 blocks, while Bree and Brynn Lake both had 14 kills. Brynn Lake also contributed 50 assists and Bree Lake five blocks.

The Bucks went 2-1 at its own quad Saturday.