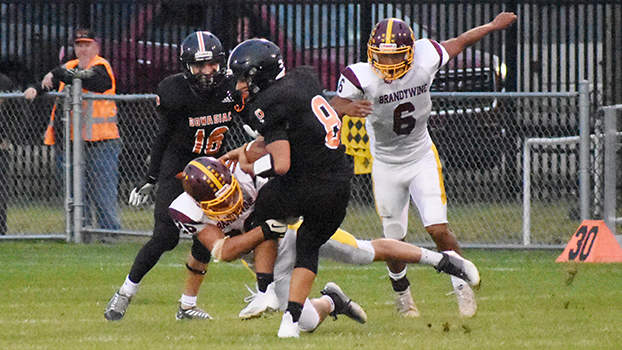 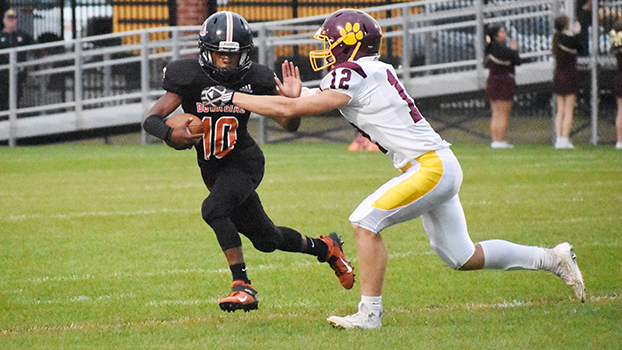 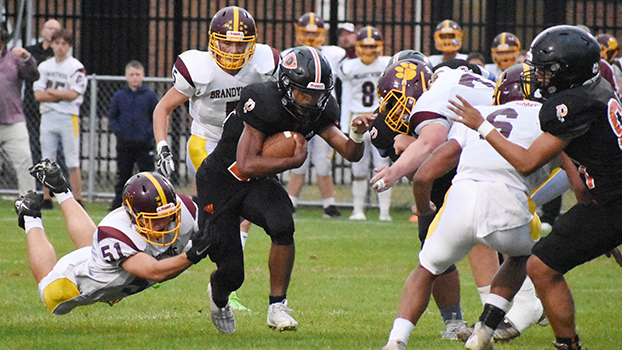 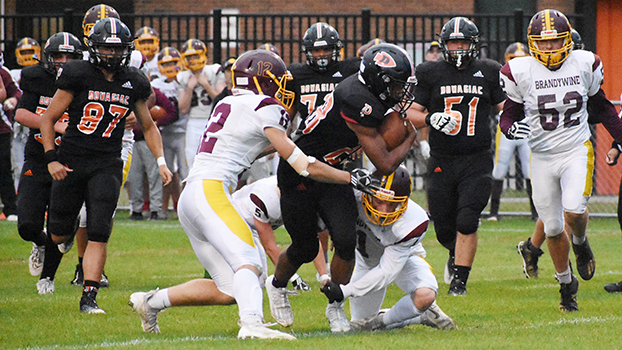 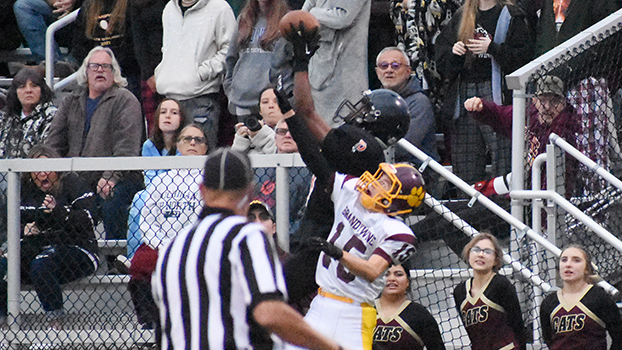 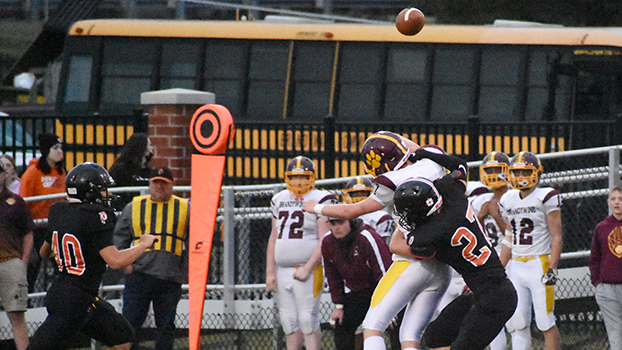 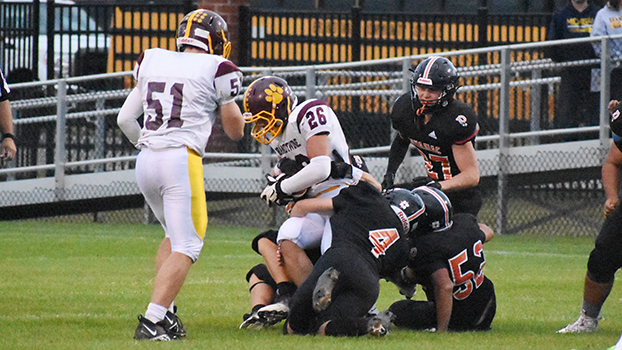 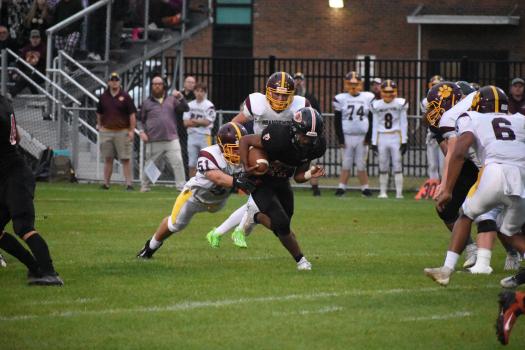 DOWAGIAC — The last time Brandywine defeated Dowagiac on the gridiron, America was celebrating its 200th birthday as a nation.

The Bobcats and Chieftains had not played a high school football game against each other since 1994, when they were both members of the Lakeland Athletic Conference. Brandywine’s last victory over the Chieftains was 49-22 in October of 1976, when both were members of the Blossomland Conference.

That all changed Friday night at Chris Taylor-Alumni Field as Brandywine held on for a 14-12 win in the newly formed Lakeland Conference. The Bobcats’ win snapped a 16-game losing streak at the hands of the Chieftains, who still own a 17-4 lead in the overall series.

The loss drops Dowagiac to 0-5 on the season and means the Chieftains will have back-to-back losing seasons in which they played a full nine-game schedule for the first time since 2001 and 2001. Dowagiac has officially had three consecutive losing seasons, but the 2019 season a shortened by COVID-19.

The game Friday night was as close as the final score indicates. The two teams traded touchdowns through the first three quarters, while neither team could find the end zone in the final 12 minutes.

The final statistics also bear out the closeness of the contest. Dowagiac actually outgained Brandywine 237-211 in total offense. The majority of the offense for the Bobcats (4-1, 1-0 Lakeland) and Chieftains came on the ground as the quarterbacks were a combined 4-of-14 for 49 yards.

Brandywine used a pair of big plays to earn the historic victory.

Michael Palmer took a direct snap and raced 78 yards around the right end for the opening score for the Bobcats. The 2-point conversion attempt failed.

Trailing 6-0, Dowagiac’s Andrew Hartman capped a Chieftain drive with a 3-yard run. Dowagiac also failed on the conversion attempt, leaving the game tied at 6-6 heading to the second quarter.

The Chieftains were getting ready to take the lead late in the first half when it fumbled the ball at the Brandywine 5-yard line, which was picked up at the 8-yard line by Carter Sobecki, who returned it 92 yards for the game-winning touchdown.

This time, the Bobcats converted on the extra point as quarterback Owen Hulett got into the end zone to make it 14-6 heading into halftime.

The Chieftains (0-2 Lakeland) would cut the lead to 14-12 in the third quarter when Jamal Williams caught a 7-yard touchdown pass from Isiah Hill. The conversion run failed.

Palmer finished the night with 115 yards on seven carries for the Bobcats, who also got 60 yards on 12 carries from Sobecki.

Dowagiac was led by Justin Bannow, who rushed for 124 yards on 18 carries. Hartman added 62 yards on 13 totes.

Sobecki also led the Bobcats defensively with 14 tackles and a fumble recovery. Gavin Schoff added 10 tackles, while Palmer recovered a fumble and intercepted a pass.