One injured in Volina Township accident 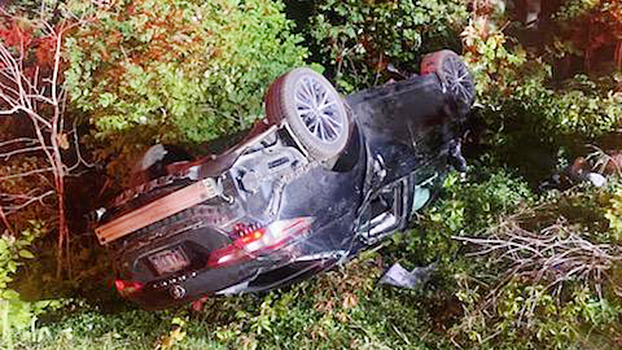 DOWAGIAC — A Dowagiac resident was injured in a Thursday morning crash on Decatur Road north of Dutch Settlement according to the Cass County Sheriff’s Office.

Emergency personnel responded to the scene and found a vehicle overturned in the ditch on the east side of Decatur Road. The vehicle was traveling south bound when it drove off the roadway and overturned.

The driver, Brooklynn Okonski, 32, of Dowagiac, was transported to Kalamazoo Bronson for injuries sustained in the accident. Seat belt use is unknown at this time and alcohol does not appear to be a factor.