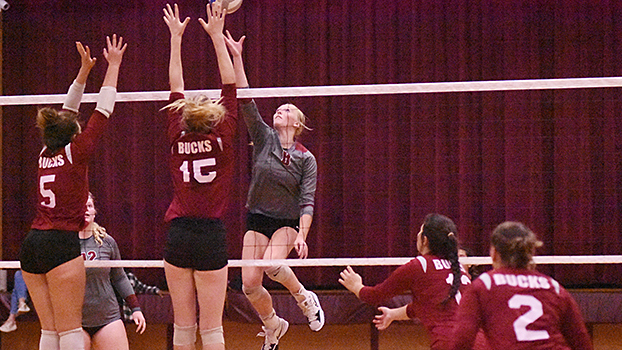 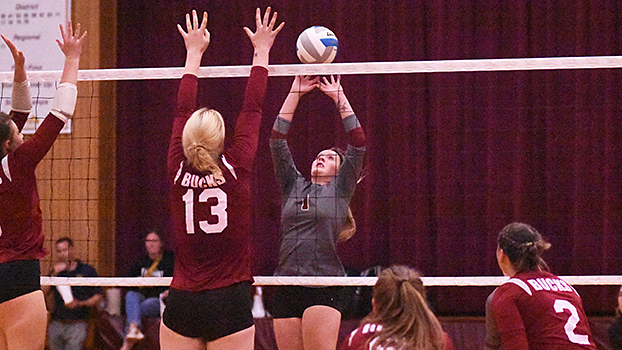 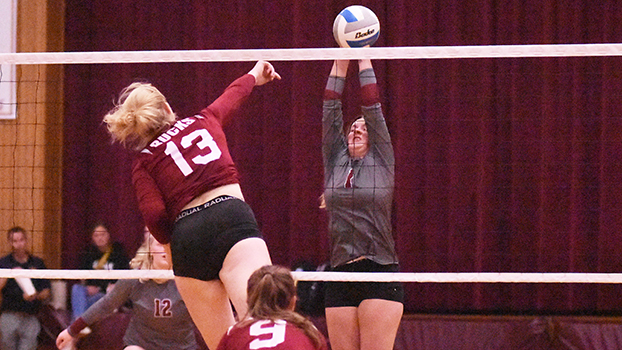 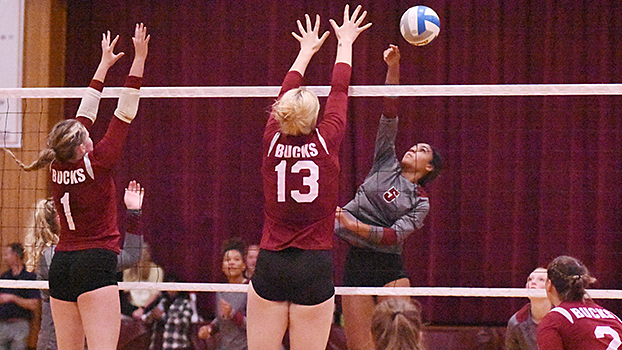 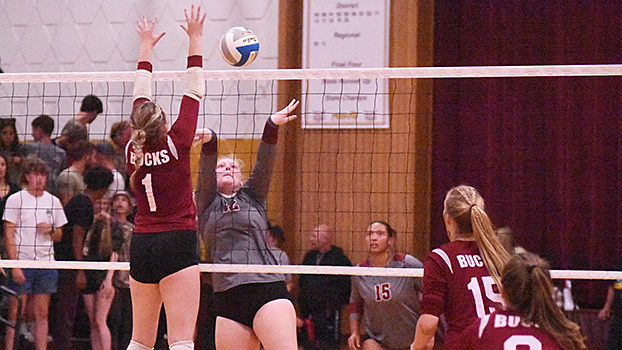 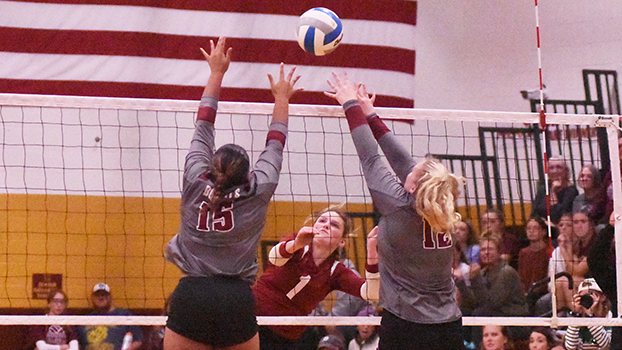 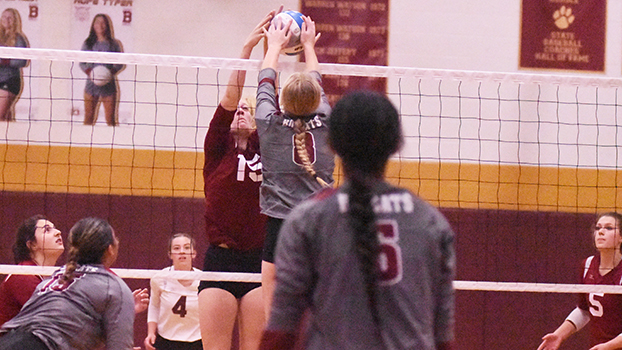 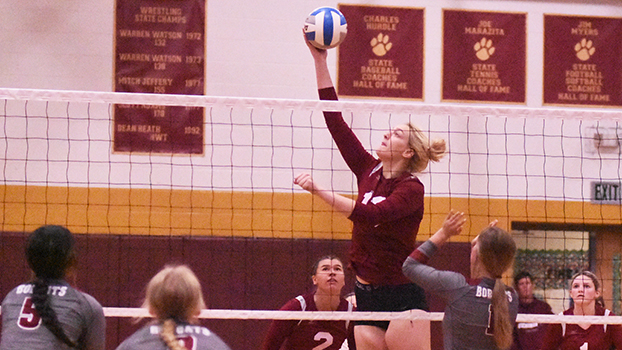 NILES — The showdown between Lakeland Conference leaders turned out to be a lopsided affair at Brandywine High School Thursday night.

Buchanan Coach Shelly Bossert was happy to get the road conference win.

“I thought my middles had a great game tonight,” she said. “We had aggressive serves and that really helped us get momentum in the middle of the game. I think at this point in the season, we are playing well but not at our best. We are a really good team and it’s fun to watch this group play. My goal is for them to keep getting better and better each game.”

“We found ourselves in a battle with ourselves tonight, and we did not play our best or to our potential in the first two sets,” she said. “I was happy to see the team pick themselves up and play the third set more to the level of their capabilities. Our unforced errors were our biggest downfall tonight and figuring out a plan to cut those down is a top priority for us going forward.”

Kohler added that good teams take advantage of a team that is struggling.

“Buchanan seized every opportunity we gave them and forced us to work hard for every point we earned,” she said. “We’ll use this as a learning experience and come back stronger for the next meeting and our next conference match against Dowagiac.”