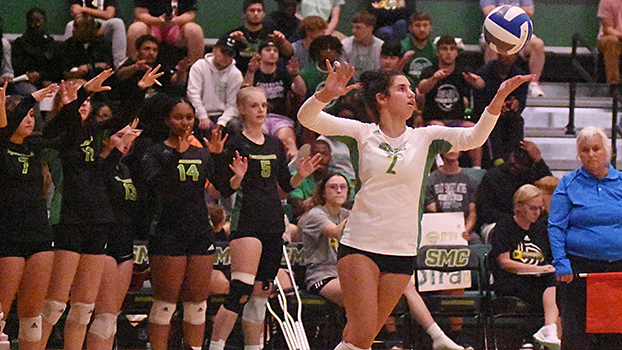 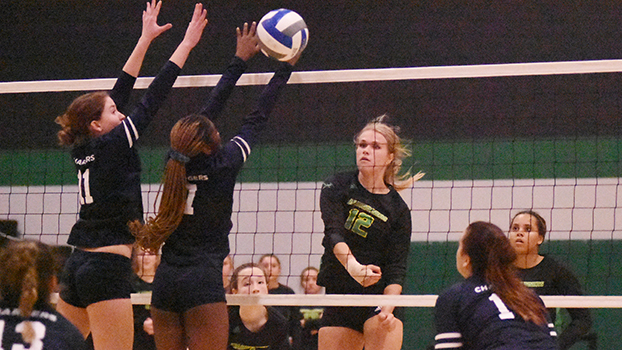 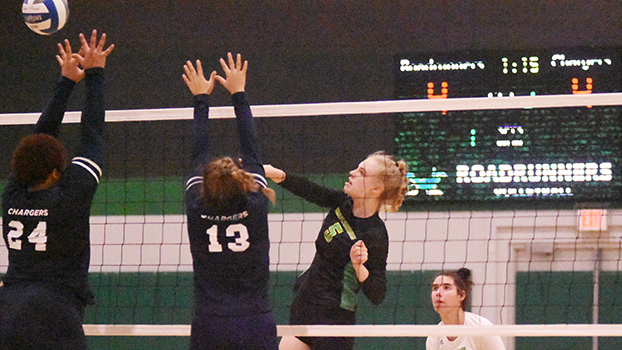 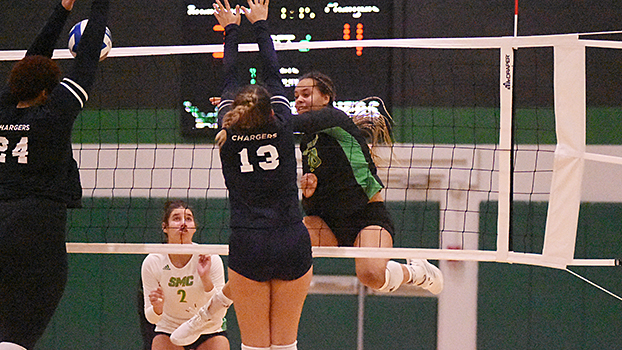 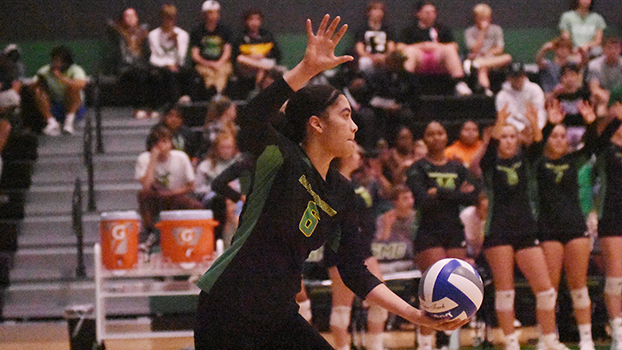 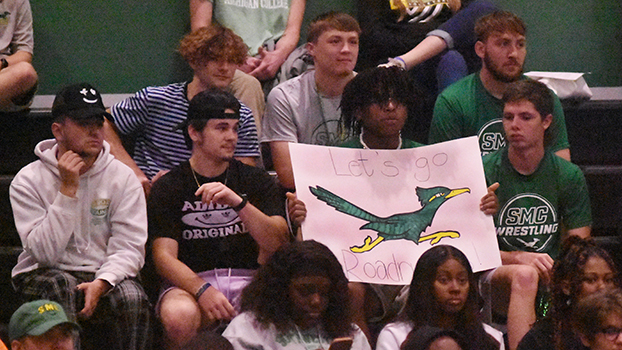 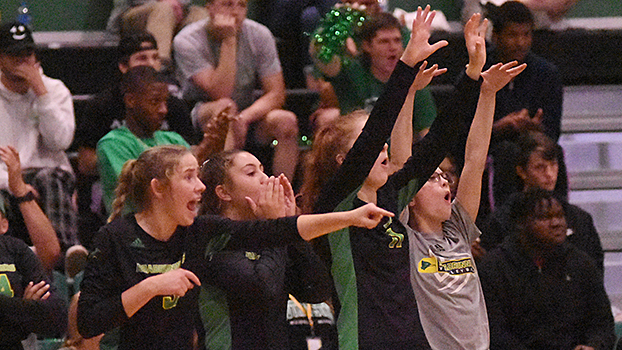 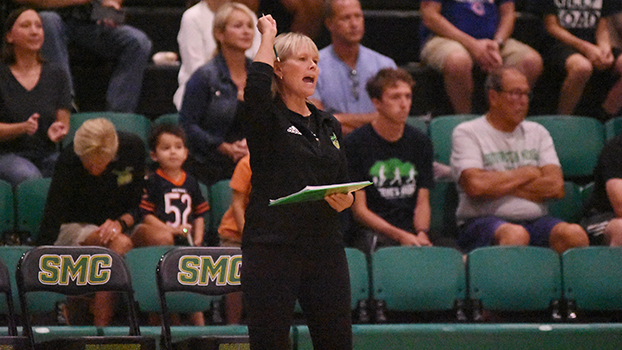 DOWAGIAC — Hard work and desire paid off for the Southwestern Michigan College volleyball team in its sweep of visiting Ancilla College at the 1st Source Bank Fieldhouse Tuesday night.

The Roadrunners might not have had their “A” game against the Chargers, but they certainly outworked them in winning 25-17, 26-24 and 25-22 to remain undefeated in the Michigan Community College Athletic Association Western Conference. With the win, Southwestern is now 2-0 in conference play and 8-3 overall.

“One of our goals tonight was to maintain our highest level of energy for the entire match,” said Southwestern Michigan Coach Jenny Nate. “We did that, and I was really proud of our hustle, teamwork, and maintained level of focus at all times. We had some awesome hustle plays that we turned into unexpected kills. These ladies will definitely take out chairs, tables, and walls to get to the ball which is just one of the many reasons I love coaching them so much.”

The Roadrunners had a combined for 12 blocks on the night, led by Palmer and Emma Beckman (Niles) with three each. Shayla Shears (Edwardsburg), Nate and Hobson all had a pair of blocks.

“I thought we did a great job on the net getting some solid blocks and touches that slowed down the ball for our defense; we were able to run our offense consistently the entire night which helped us put the ball away and stay ahead even when the score got tight at times,” Jenny Nate said.

One thing the Roadrunners will be working on in practice Wednesday before traveling to Kalamazoo Valley Community College for a Western Conference match Thursday is serving.

Southwestern uncharacteristically had issues getting the ball in play against Ancilla Tuesday night.

“We missed more serves than we would have liked, but the other areas of our game balanced that out, and that will definitely be something that we spend a lot of time on tomorrow at practice, Jenny Nate said. “We are excited to notch another conference win, but we will be busy studying film tonight and preparing for KVCC tomorrow at practice.”