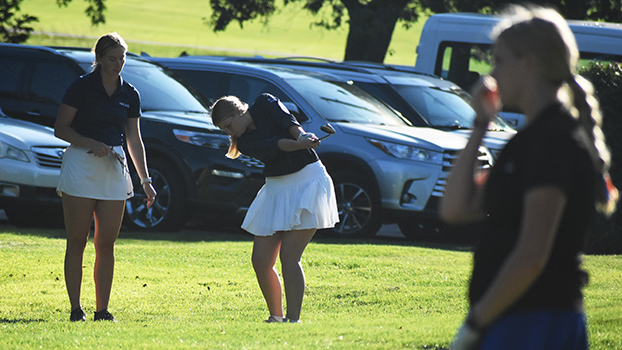 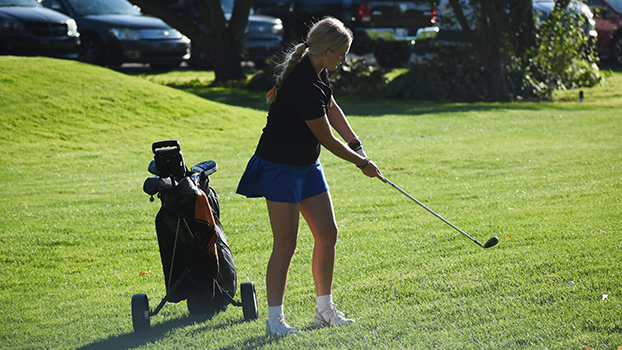 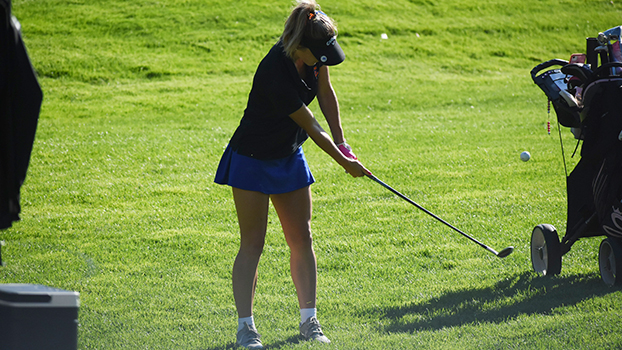 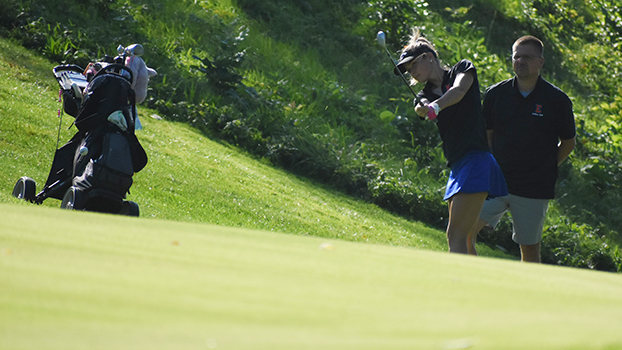 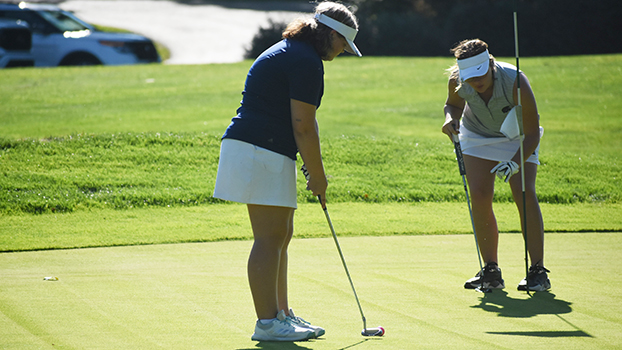 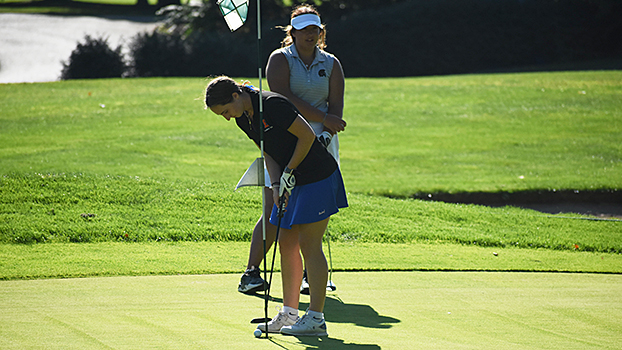 Plainwell maintained its grip on first place by finishing runner-up to Otsego, which shot 186 in the jamboree hosted by Niles. But when Vicksburg finished fourth with a 194, the Bulldogs allowed Otsego to jump into second place behind the Trojans, while they dropped to third place.

The current standings have Plainwell with 42 points, Otsego with 40 and Vicksburg with 39. Sturgis, which finished third Monday with a 193, is a distant fourth with 34 points. Paw Paw has 22 points, Edwardsburg 17, Niles 16 and Three Rivers six.

The host Vikings played well on their home course and finished fifth with a 204. Edwardsburg was sixth with a 205.

While the teams continue to jockey for the top spots, one thing has not changed the entire season: the play of Plainwell’s Renae Jaeger. Jaeger has won medalist honors at every jamboree, including Monday when she shot 35.

Baylee Davis cracked the top 10 for Niles, her best round of the year, while Edwardsburg’s Chloe Baker and Vivian Tomas also finished in the top 10 with rounds of 44 and 48, respectively.

Davis led Niles with her round, while Allison Andres shot a 51, Eva VanDyke 52 and Emma Williams shot a 54, which is her personal best.

“This was the first time shooting in the top four for Emma Williams,” Schiele said.

“It was a great night being at Orchard Hills, our home course, and seeing family and friends coming to see our girls play,” Schiele said. “I think the stress and excitement got to a few of our girls the first few holes, but they came around and pulled it together. Last night was senior night for Allison Andres and Maddy Brook, and to see the posters, gifts, food and fun really made the night special. This is a special group of girls that I am proud to coach along with Coach Aynslee Myer.”

Besides Baker and Toma, Edwardsburg got a 54 from Samantha Stewart, a 59 from Sydney Herring, a 62 from Addyson Wrigley and a 67 from Victoria Pulling.

The Wolverine Conference heads to Angels Crossing in Vicksburg for the next jamboree Thursday.