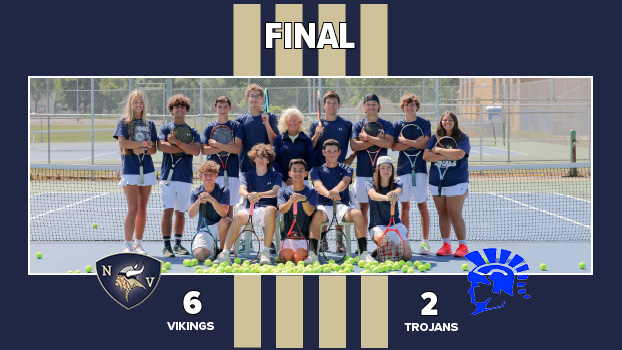 PLAINWELL — The Niles tennis team picked up its first Wolverine Conference win of the 2022 season as it dominated host Plainwell 6-2 Monday afternoon.

The visiting Vikings won three out of four flights in both singles and doubles. Those wins all came in straight sets.

The Trojans picked up their wins at No. 1 singles and No. 1 doubles.

Winning in singles for Niles were Jack Badman, Paxton Daniel and Abner Lozada. Daniel blanked Trevor Velting 6-0 and 6-0 at No. 3 singles.

The Vikings continue a busy week by host hosting Bridgman/New Buffalo/Our Lady of the Lady in a non-conference match today and Paw Paw in a Wolverine Conference match Wednesday.

The host Eddies were defeated by Vicksburg 7-1 in a Wolverine Conference match Monday afteroon.