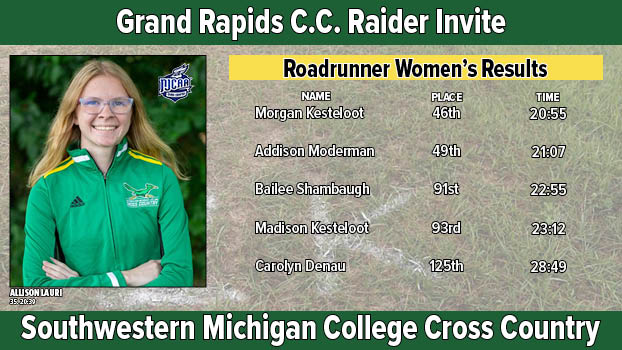 GRAND RAPIDS — The Southwestern Michigan College cross country teams had to wait an extra week to open the 2022 season after dealing with COVID-19 issues, but the Roadrunners finally hit the trails in Grand Rapids Saturday.

Northwood won the men’s title with 31 points, while Aquinas was second with 68 points and Lansing Community College third with 91. The Roadrunners finished with 328 points. SMC was finished third among the junior college teams competing.

Northwood’s Dillan Haviland was the individual champion with a time of 24:33. 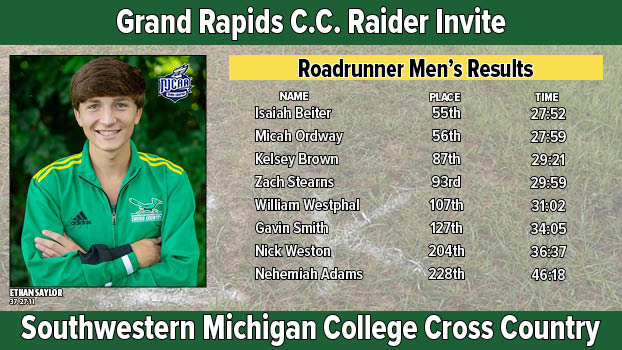 Ethan Saylor, of Dowagiac, led the Roadrunners with a 35th-place finish and a time of 27:11.

Aquinas was the women’s team champion with 68 points. Lansing was second with 75 points and Northwood third with 90. The Roadrunners finished with 281 points and was also third among junior college finishers.

Shelby Christman, of Hunington, was the individual champion with a time of 18:05.

Former Brandywine standout Allison Lauri was the top SMC finisher as she placed 35th with a time of 20:39.

Southwestern Michigan will head to Grayling Friday to compete in the Kirtland Firebird Invitational.