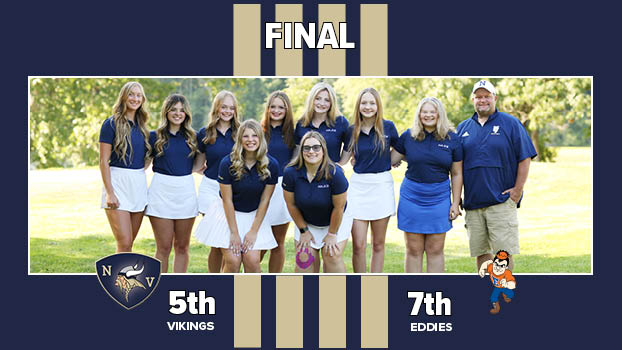 Plainwell took first place by shooting 188 as a team to edge Vicksburg by a stroke, as the Bulldogs finished second with a 189. Sturgis finished third with a 195. The Vikings shot 207 as a team, while Edwardsburg finished seventh with a 215.

Ranae Jaeger, of Plainwell, continued her stranglehold on the top individual spot as she earned medalist honors by shooting a round of 41.

Niles was led by Baylee Davis, who shot 50. Maddy Brooks shot 51 and Eva Van Dyke 52. Allison Andres finished with a 54.

“I loved hearing the girls talk after the match on how they could have shaved off strokes and could have done better,” said Niles Coach David Schiele. “We are improving after each match and we are looking forward to Orchard Hills on Monday.”

Schiele said that Emma Williams shot her best score of the season with a 57, while Amelia Rogers lowered her score by six strokes from the previous match.

Edwardsburg was led by Vivian Tomas, who shot 49. Chloe Baker finished with a 52, while Adyson Wrigley and Victoria Pulling both shot 57.

The Vikings host the next Wolverine Conference Jamboree Monday at Orchard Hills. Play is set to begin at 4 p.m.