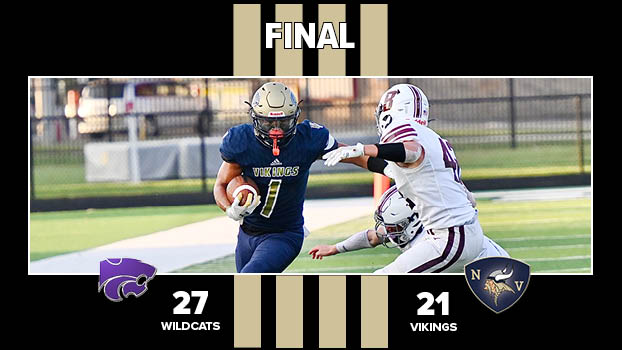 THREE RIVERS — It is not how you start, but how you finish.

Visiting Niles may have scored first, but Three Rivers put the final points on the board to defeat the Vikings 27-21 in a Wolverine Conference clash Friday night.

After Julian Means-Flewellen staked Niles to a 7-0 lead in the opening quarter, Three Rivers scored three straight times to take a 21-7 lead with 3:24 remaining in the first half.

Niles was able to tie the score at 21-21 with back-to-back scores in the final 3:21 of the second quarter.

Sam Rucker cut the Wildcats’ lead to 21-14 with an 82-yard touchdown return, while Paul Hess picked off a Caleb Quake pass on Three Rivers’ ensuing possession and returned it for the final score of the first half.

The only touchdown of the final 24 minutes came with 6:34 to play in the third quarter when Quake called his own number and scored on a 16-yard run to make it 27-21.

Quake was 15-of-26 for 156 yards throwing with the three touchdowns and a pair of interceptions, while he was also the Wildcats’ leading rusher with 54 yards on 16 carries and the game-winning touchdown.

The Vikings will face Vicksburg, which dropped a 10-7 decision to Wolverine Conference leader Edwardsburg, in St. Joseph Friday night.