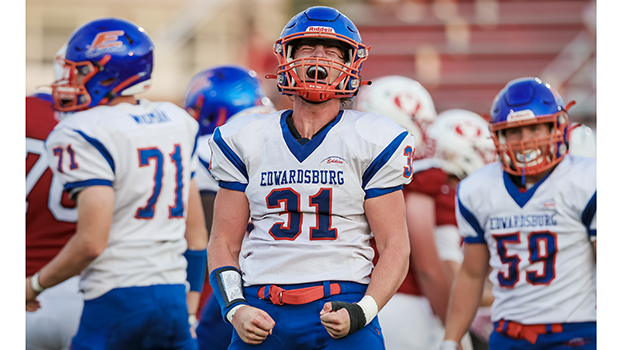 Edwardsburg sophmore Oscar Morris (31) celebrates a tackle for a loss in the first half of the matchup with Vicksburg Friday night. (Leader photo/JEFF DOUGLAS) 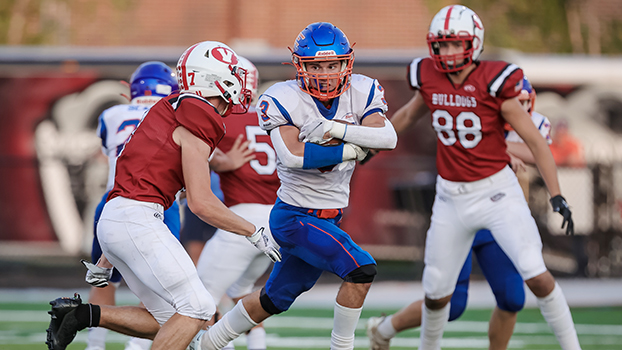 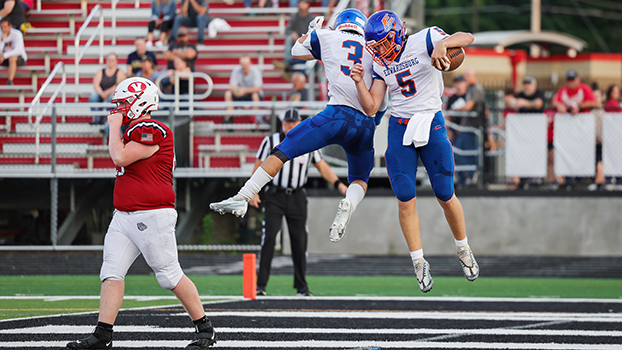 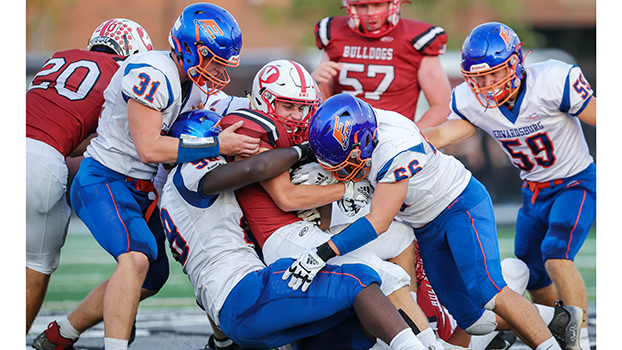 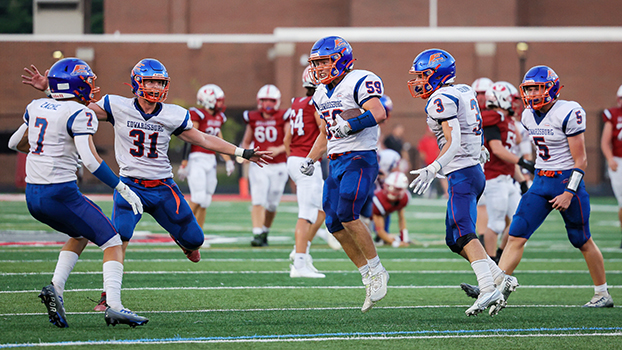 Edwardsburg senior Blake Ludwick (59) celebrates an interception with his teammates in the first half. (Leader photo/JEFF DOUGLAS) 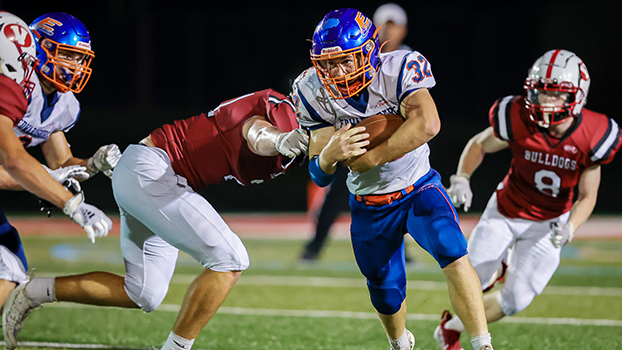 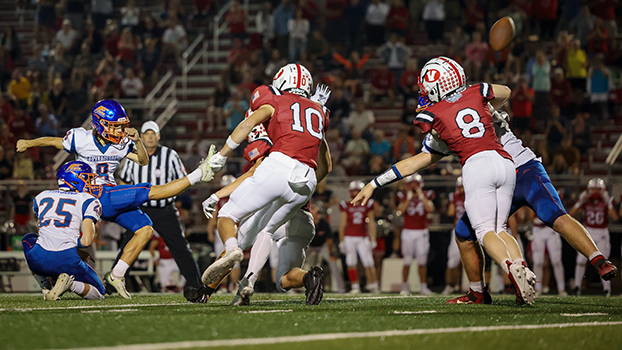 VICKSBURG — A 12-play drive that ate up the final 6:01 of Edwardsburg’s showdown with host Vicksburg ended with a 42-yard game-winning field goal by Carter Houseworth that kept the Eddies’ Wolverine Conference winning streak alive Friday night.

Houseworth, in his first season as the Edwardsburg kicker, who is following in the footsteps of his brother Trevor, ended the defensive battle with two seconds remaining in the contest.

The 10-7 victory for the Eddies kept Edwardsburg undefeated in Wolverine Conference action and increased its winning streak to 38 straight.

With the game deadlocked at 7-7 and 6:01 remaining in regulation, Edwardsburg went on offense after forcing a Bulldogs’ punt.

Starting at their own 12-yard line, the Eddies ran the ball 11 consecutive times, getting down to the Vicksburg 25-yard line. Colton Strawderman carried the ball four times in the drive, and his 9-yard run started the game-winning march. Brett Allen and Brenden Seabolt both had a pair of runs as the Eddies marched down to the Bulldogs’ 25-yard line, where they called a time out to set up the field goal attempt.

Vicksburg called-back-to-back timeouts, trying to ice Houseworth, but it did not work as he hit the game-winner.

Edwardsburg (3-1, 3-0 Wolverine) scored in the opening quarter on a 43-yard run by quarterback Brendan Madison. Houseworth added the extra point.

The score remained 7-0 throughout the rest of the first half and well into the third quarter when Vicksburg was able to tie the game at 7-7 on a five-yard run by Bo Skidmore with 2:35 left in the period.

Blake Ludwich led the Edwardsburg defense with five tackles and an interception. Colvin and Oscar Morris both had 4.5 tackles.

Edwardsburg will put its conference winning streak on the line again Friday night as Plainwell comes to Leo Hoffman Field.