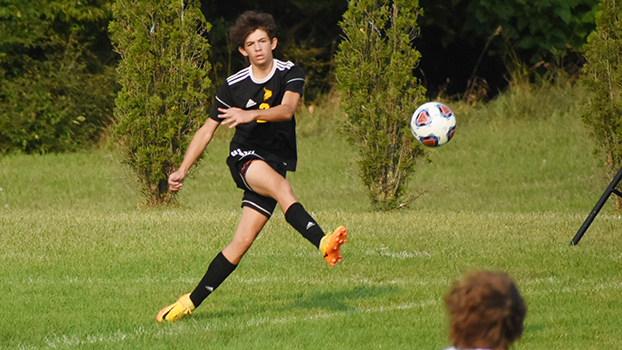 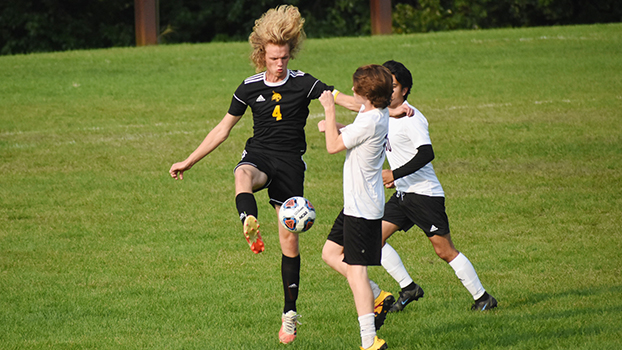 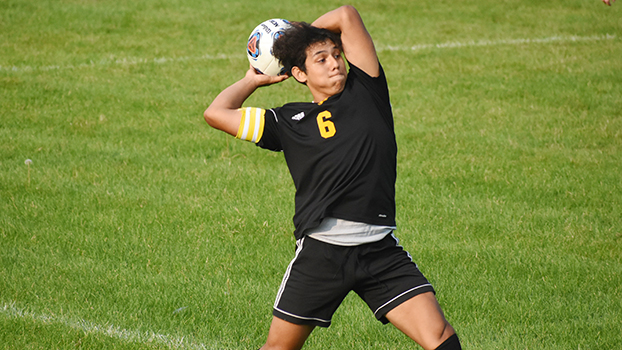 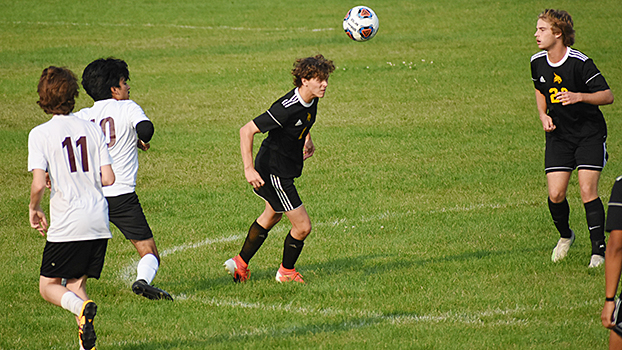 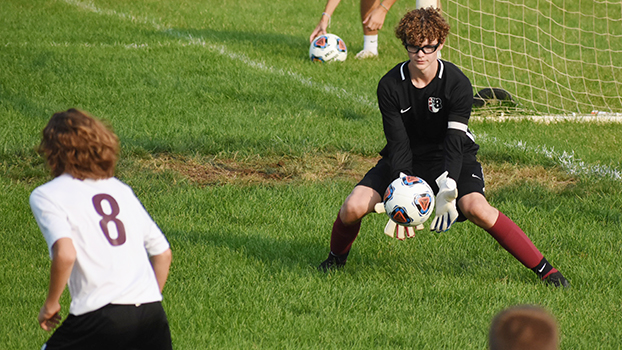 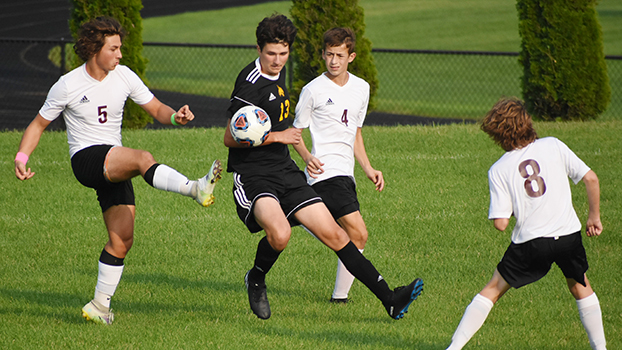 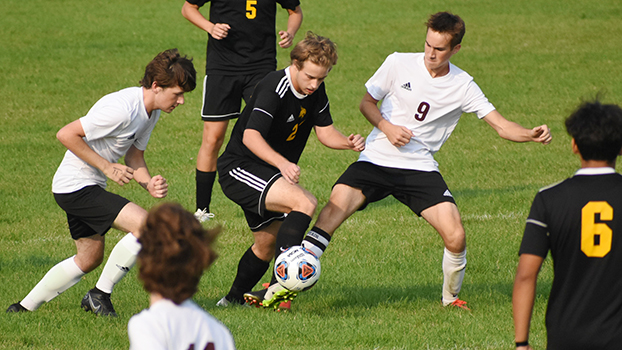 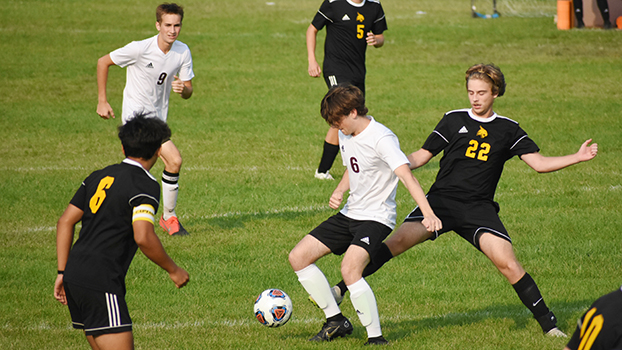 The Bobcats’ Robert Hartz had three goals and an assist as Brandywine defeated the Bucks 5-2.

Both teams scored a goal in the half.

The Bucks’ Britain Philip cut the Bobcats’ lead to 4-2, but Hartz completed the hat trick to ice the win.

“We worked hard at practice this week to reinforce our offensive game,” said Brandywine Coach Caleb Adams. “It showed tonight with a hat trick by Robert Hartz, and an additional two goals from Drew Deming. Our defense came up and set up our offense, and our whole team moved well together during the first half.”

The Bulldogs led 3-0 at halftime.

“We talked pregame about coming out strong and we came out flat,” said Niles Coach Scott Riggenbach. “We turned things around in the second half only giving up a penalty kick goal, but it was too little too late.”