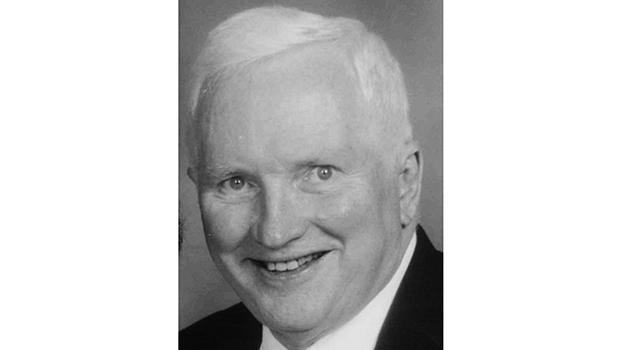 William Warren Rogers, 94, of Niles, passed away on Thursday, Sept. 8, 2022, at the Buchanan Meadows Senior Living in Buchanan, Michigan.

He was born on May 27, 1928, to the late Leo and Marie (Hunerjager) Rogers in Westville, Indiana. During his childhood, his family moved to Niles, Michigan. Bill graduated from Niles High School in 1946, where he played tennis and he was a manager for the track team and the 8th grade basketball team. During summers, Bill worked at the Niles Rail Yard as a switch tender. Bill then attended Western Michigan University and graduated with a Bachelor of Science Degree in Accounting. After graduating from college, he enlisted into the United States Army, serving during the Korean War, and receiving an honorable discharge. Bill went to work for the New York Central Railroad in New York City as a tax accountant. During this time, he also earned a Masters of Business Administration from New York University.

On June 26, 1954, Bill married the former Phyllis Hess at St Paul’s Lutheran Church in Niles and they resided in Hawthorne, New York. In 1960, their son Timothy was born. In 1962, Bill took a position as Special Assistant to the President of the Milwaukee Road Railroad in Chicago, Illinois and moved to Itasca, Illinois. In 1963, their daughter, Lynn arrived. In 1969, the family moved to Lutherville, Maryland. Bill worked in business until he took a position with the Interstate Commerce Commission in 1972. In 1975, the family moved to Silver Spring, Maryland where Bill and Phyllis resided until just after his retirement in 1993. In 1997, Bill and Phyllis moved back to the home town of their youth, Niles. Bill was a member of the First Presbyterian Church in Niles.

Bill continued to enjoy the railroad as a hobby, taking train trips and constructing model train layouts – his pride! After years of playing recreational volleyball, he became an official, rising through the ranks. He was rated as a National Official and served as the President of the Chesapeake Bay Region. These positions took him all over the country, and sometimes, Phyllis got to go with him. Bill retired from refereeing in 2000, but he continued to be active as a volunteer for the College Football Hall of Fame. He also loved travel, music, sports, church and family. He would never hesitate to help someone in need.
Bill was preceded in death by his parents; his siblings, Lucille O’Gara, Dorothy Edyvene, and his twin sister, Katherine “Kate” Saigh.

Funeral services will be held at 3 p.m. on Wednesday, Sept. 14, 2022, at the First Presbyterian Church, 13 South 4th Street, Niles. Visitation will be held one hour prior to the service. A private interment will follow at Silverbrook Cemetery.

Memorial contributions in his memory may be made to the First Presbyterian Church Foundation at 13 South Fourth Street, Niles, Michigan 49120.