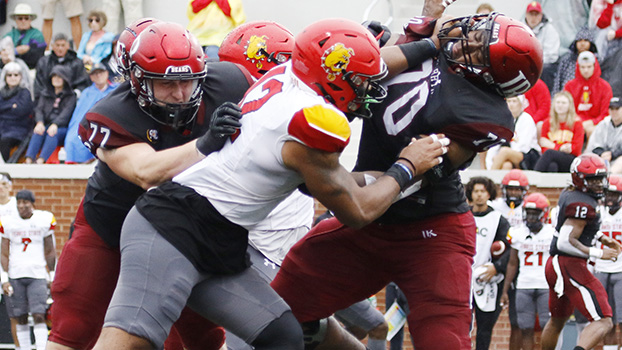 The junior, from Dowagiac, recorded a team-high 12 tackles, including six tackles for loss which amounted to negative 38 yards, and five quarterback sacks for an additional minus-37 yards. Murphy also forced a fumble.