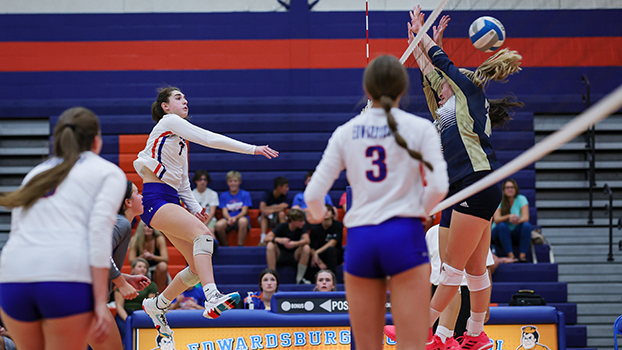 CALEDONIA — The Edwardsburg volleyball team picked up where it left off Thursday night by going 4-1 at the Macayla Kohn Invitational Saturday.

Sarah Pippen and Drew Glaser continued their dominance at the net as the pair finished with 26 kills each and combined for 12 blocks. Glaser also had 19 digs. Liz Pederson finished with 18 kills and a team-high 14 blocks, while Nisa Shier added 21 kills and seven blocks.

Edwardsburg is now 13-4-3 on the year. The Eddies return to action when they travel to Vicksburg for a Wolverine Conference match.