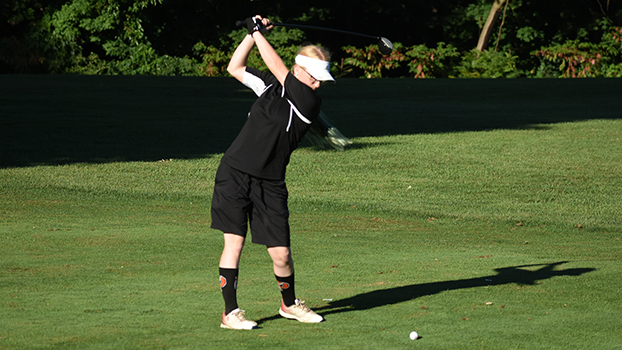 STURGIS — The Dowagiac golf team stepped out of conference play to compete in the Team Choice Invitational hosted by Sturgis at Klinger Lake Country Club Friday.

The host Trojans, led by medalist Madison Webb’s 94, shot 412 to win the team championship. Portage Central was second with a 427, Lakeshore third with a 427, South Haven fourth with a 458, Otsego fifth with a 465, and Dowagiac sixth with a 473.

“Bad day for the Chieftains,” said Dowagiac Coach Bob Turner. “But the 18-hole round is good to get one under our belts.”

Rebecca Guernsey shot 96 to lead Dowagiac, which also got a 116 from Cora Wegner, a 130 from Carlee Spagnoli, and a 131 from Anna Ironside, while Jaden Kusch and Bree Behnke both shot 134.

The Chieftains return to Lakeland Conference/KVA action Monday as they head to Benton Harbor to play Blossom Trails. The match begins at 1 p.m.