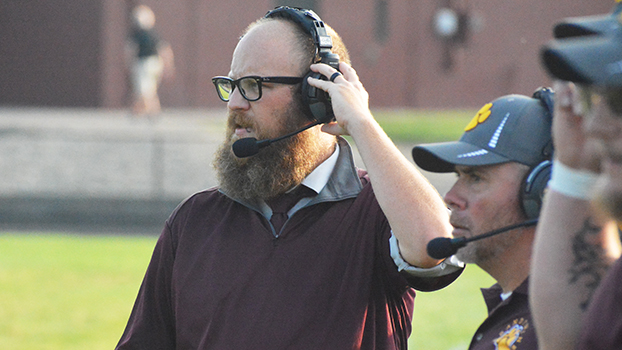 Tied at 7-7 at halftime, Owen Hulett connected with Michael Palmer on a 25-yard touchdown pass to give the Bobcats the lead for good at 14-7 following Jacob Sherrick’s extra point kick.

Hulett followed that up with a 2-yard touchdown run to complete the scoring.

“Overall, just a really good game,” said first-year Brandywine Coach Justin Kinzie. “It was ugly, hard-hitting and physical football. Couldn’t be prouder of the way that the Bobcats came together and weathered a really physical Wing-T attack from Saugatuck and kept their cool even as Saugatuck’s offense started to come alive and really drive the defense off of the ball in the first half.”

The Indians (1-2) got on the board first as Cass Stanberry scored on a 41-yard touchdown run to make it 7-0 with 2:39 to play in the opening quarter.

Brandywine (2-1) responded with a 15-yard touchdown pass from Hulett to Brock Dye to open the second quarter to tie the score following Sherrick’s kick.

“The defense answered the bell in the second half, and my coaching staff was working like wild to put together a plan of attack to try to stop their run game,” Kinzie said. “Like I mentioned, top-to-bottom, just an absolutely incredible team effort from everyone involved in our program.”

The defense after the opening Saugatuck scored on its opening drive rose up and had three stops on fourth down, while Palmer had an interception in the second half. The Indians ran just two plays in Brandywine territory in the final 24 minutes.

Carter Sobecki led the Brandywine rushing attack with 68 yards on 15 carries. Dye added 41 and Hulett 37. Hulett was 5-of-6 passing for 60 yards and the two touchdowns. 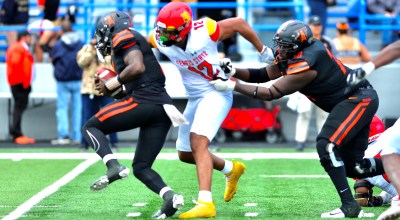