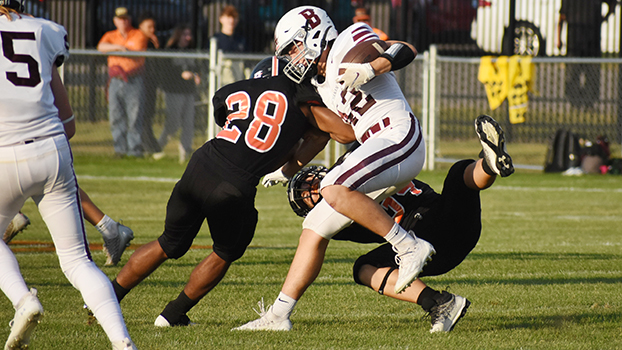 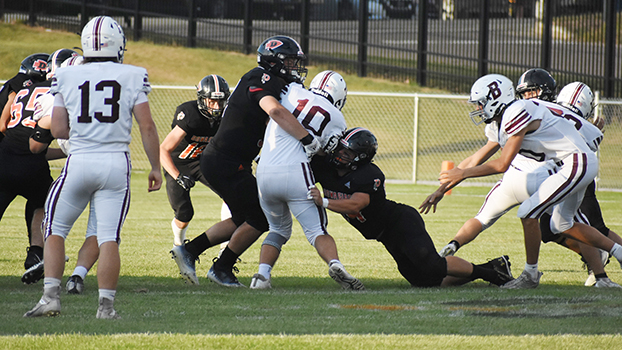 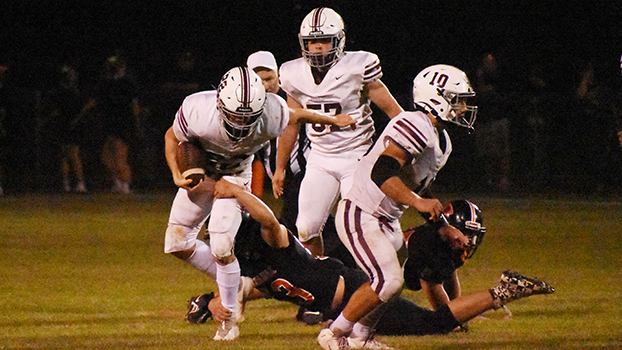 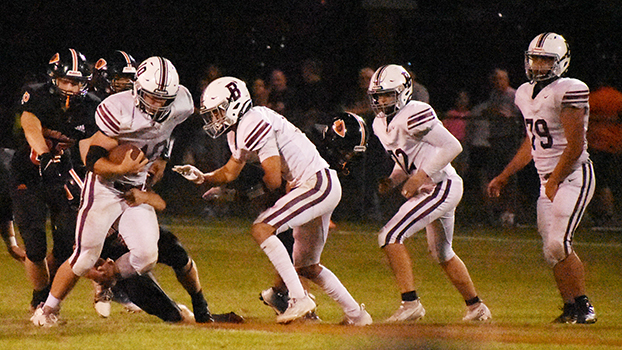 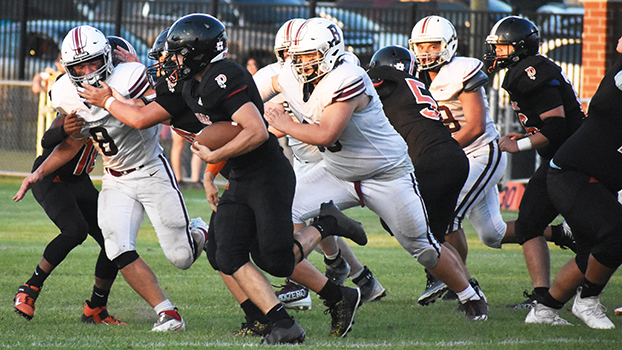 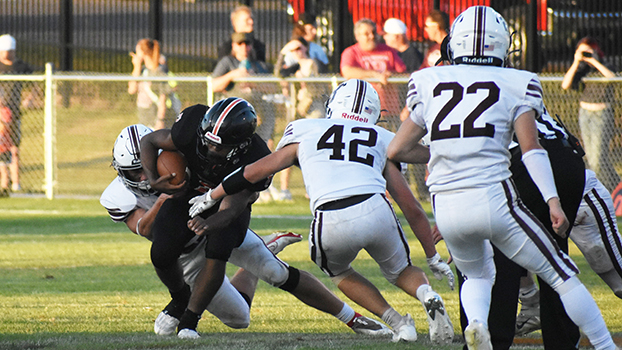 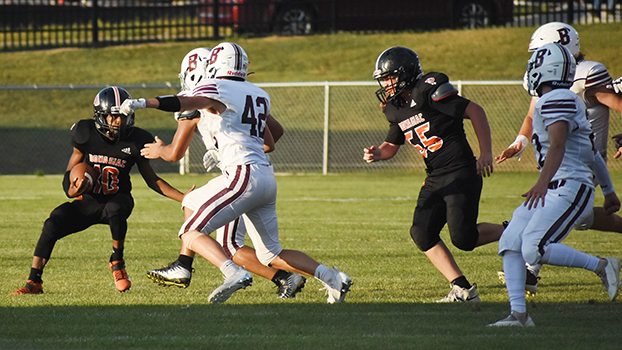 DOWAGIAC — It was over almost before it even got started.

On Friday night, visiting Buchanan scored six touchdowns in the opening 12 minutes of its 48-22 Lakeland Conference victory over Dowagiac at Chris Taylor-Alumni Field.

It was the inaugural game of the new league, something Buchanan Coach Mark Frey almost forgot about in preparation for the Chieftains. It was also the first time he had been involved in a game that got that out-of-hand in the opening quarter.

“Obviously, after how flat we came out last week, we wanted to turn things up a little bit and do better on that first drive,” he said. “Our guys definitely stepped up. I don’t think we have been in that situation since I’ve been here with that kind of lead at the end of the first quarter. We were learning how to handle ourselves.”

The Bucks (2-1, 1-0 Lakeland) scored by running and throwing the football, along with a special teams punt return in the first quarter, which allowed them to open up a 46-0 lead on Dowagiac, which dropped to 0-3 overall and 0-1 in conference play.

Buchanan added a defensive score in the third quarter for its only points of the second half when Cody Lollar sacked Chieftain quarterback Isiah Hill in the end zone for a safety.

Buchanan finished the night with 271 yards of total offense, with 205 yards coming on the ground.

Dillon Oatsville had two receptions and a touchdown to lead the receivers.

Lollar was the top tackler with 3.5 stops and the safety. Finn and Gabe Tompkins both had three tackles. Tompkins also had an interception.

The Chieftains finished the night with 234 yards in total offense, including 218 on the ground. Hill had one completion for 16 yards passing.

Hill led the Chieftains with 100 yards rushing on seven carries, while Hartman finished with 57 yards and Bannow 75.

The Bucks return home Friday night to host winless Cassopolis in a non-conference game at Memorial Field, while the Chieftains head to Berrien Springs to face the Shamrocks in another Lakeland Conference contest.