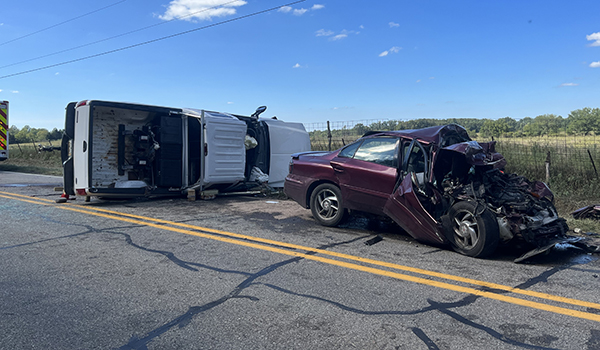 MARCELLUS TOWNSHIP — A 37-year-old Marcellus man has died following a two-vehicle collision in Marcellus Township, according to the Cass County Sheriff’s Office.

Hutchins had to be extricated from his vehicle and was transported by PrideCare Ambulance to Bronson Kalamazoo hospital, for injuries sustained in the crash. Dunkleberger was pronounced deceased at the scene. Seat belts were worn at the time of the crash. It is unknown at this time if alcohol or drugs were a factor.