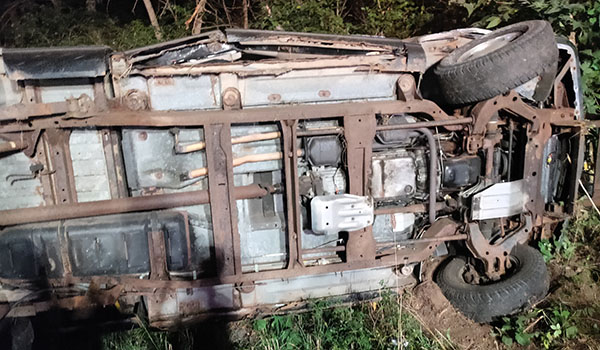 WAYNE TOWNSHIP — An Ohio man was sent to the hospital after losing control of his vehicle and rolling it several times, according to the Cass County Sheriff’s Office.

The Investigation showed Joshua I. Cooper, 38, of Miamisburg, Ohio, was traveling northbound on Rudy Road  and had lost control, rolling the truck several times. Cooper was transported to South Bend Memorial for his injuries. A seat belt was worn and alcohol and speed appear to have been factors in the crash. This crash remains under investigation.