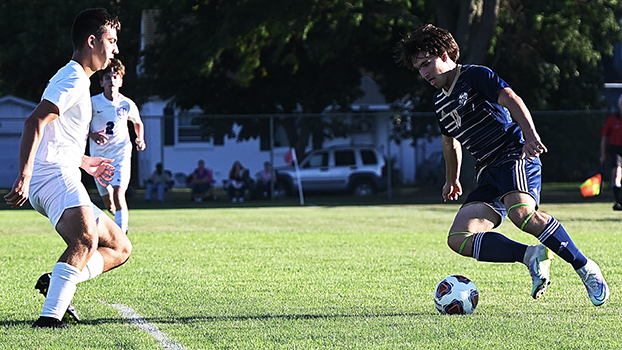 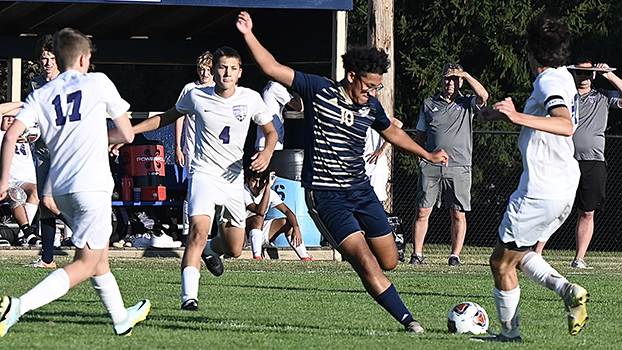 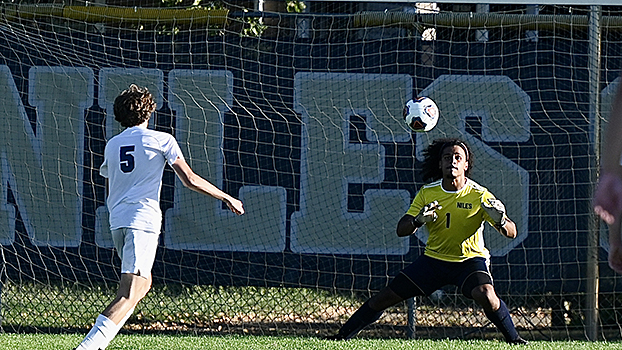 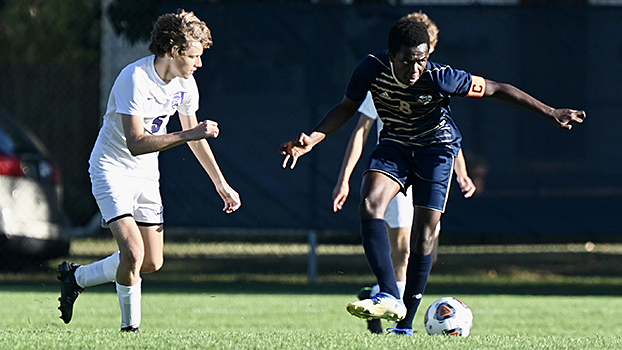 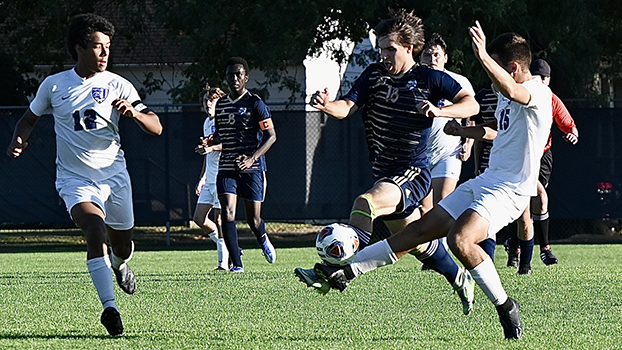 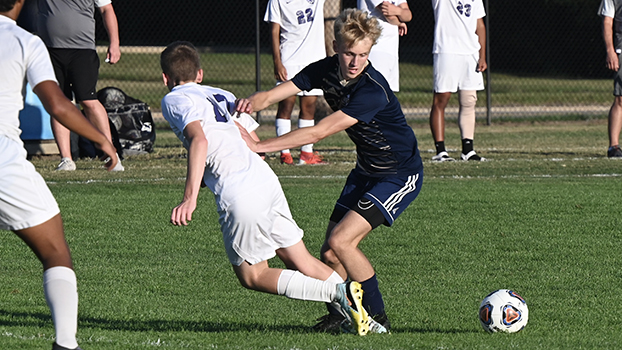 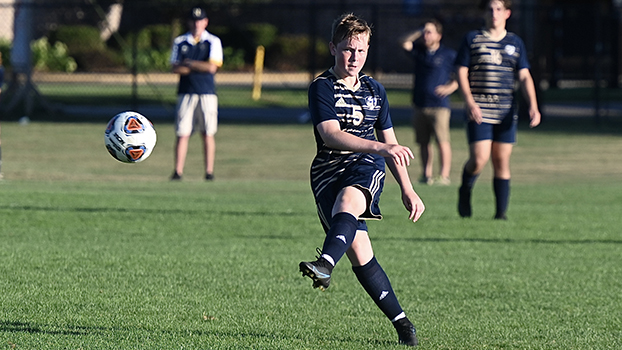 NILES — The Niles soccer team got a pair of goals from Peyton Burger as it defeated visiting Three Rivers 4-1 in a Wolverine Conference match Wednesday.

Burger scored a goal in the opening minute and then capped the first-half scoring with a goal in the 24th minute as the Vikings took a 3-0 lead at the intermission. Ezra Vance scored the other goal in the fourth minute off an assist from Nathan Becraft.

Andrews Ntsiful completed the scoring in the 73rd minute with the assist going to Vance.

“Peyton had a great game not only with his great shots on goal, but he worked very hard on the defensive end of the field,” said Niles Coach Scott Riggenbach. “I loved our intensity tonight. The student section played a big role in keeping the guys up tonight. This was a great start to the conference part of our schedule.”

The Wildcats return Saturday to take part in the Niles Invitational, which also includes Bangor. Play begins at 10 a.m.

Grayson Herbert and Tyler Leak scored the goals for the Eddies, who are now 7-2 overall and 1-0 in conference play. Herbert scored on a penalty kick, while Devyn Arias assisted a the Leak goal.

The former Wolverine Conference played to a 2-2 draw Tuesday night.

Scoring both goals for Dowagiac was Andres Hernandez.

The Chieftains outshot the Rams 19-13. Travis Renborg had six saves for Dowagiac.

“We played our best game as a team,” said Dowagiac Coach Joey Pasternak. “I thought we controlled the most of the game. We moved and possessed well and played good defense as a whole. We had a lot of chances that just missed being goals. We gave up only a few real chances for them and they capitalized on them. All in all, I’m really happy with the direction we are heading getting better every game.”

In a closely contested Southwest 10 Conference match, host Bloomingdale scored a goal on a penalty kick in the 60th minute to pick up the 1-0 win over the Rangers.

“Our guys played hard and I thought we had quite a bit more possession, but we tried too much to get the perfect shot and really didn’t challenge their keepers,” said Cassopolis Coach Austin Francis. “Unfortunately, the lone PK goal from Bloomingdale came off a weird situation with two balls on the field and miscommunication among the officials. In the end, we still have to find more chances on goal and put the ball in the back of the net.”