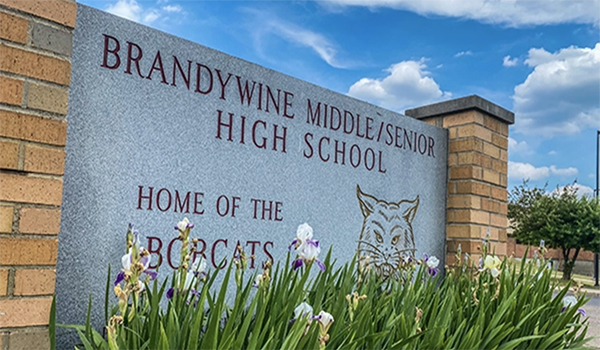 NILES — After a summer away, students returned to Brandywine Community Schools last week for the 2022-2023 school year.

Students at Merritt and Brandywine elementary schools celebrated with a half day start on Monday, Aug. 29, while Brandywine Middle/High School students jumped into the new year with a full day of classes.

“It was great seeing the kids back in the buildings,” said Brandywine Superintendent Travis Walker. “We’ve waited a long time for this. It was great getting in the elementary schools, it was good to be back in the middle school and High school. It was a good week all around.”

Walker said the district’s goals for the school year center around its new strategic plan, which includes four specific goal areas and 13 priority objectives the district will take under Walker’s leadership. The four goal areas are: Academics/Programs, Culture/Learning Environment, Communication/Engagement and Facilities.

“With each of those, there’s different pieces to them,” he said. “We’ve already started the facility studies across the district. Those are pretty comprehensive and will take about six months. So we’ll actually start looking at funding sources and start prioritizing facility plans probably in October.”

mental well-being of the school community is a key priority for the district, so much so that it will be circulating surveys in October in order to identify the best ways to meet the needs of students.

“Mental health is an issue for everybody right now, students and staff,” he said. “We want to make sure that we’re meeting their needs and that we’re serving them.”

According to Walker, the district has a counselor in every building and also has a K-12 social worker.

“I think that’s pretty unique to schools our size,” he said. “They recommend, in education, 250 students per counselor. In between the five of them were really close to that number. I think that’s that’s a good support that we have in place right now and then we’ll be looking to implement others as we start that study.”

New to the district this year is the Brandywine mobile app. Available both on Apple and Android, the app allows parents, teachers and staff to access documents, events, staff directories, alerts and the latest district news.

“It’s nice because it allows us to communicate through the website,” Walker said. “It allows us to communicate through push notifications and through three different social media platforms in Facebook, Instagram and Twitter. The nice thing about that is that our administrators or building leaders can send out messages via all those avenues as well as text messages and phone calls all at one time… It’s gonna make for more of an ease of access for us and in turn, I think we’re gonna be able to share more information without being bogged down. It’s not gonna be as time consuming to get that information out there.”

The district has approved a new weighted grading scale, starting this school year for Class of 2026 and beyond. According to Walker, the scale was proposed last year by a group of teachers.

“They came to me with that proposal along with the new grade scale proposal and we sat down as a staff and discussed if it was something that we wanted to move to,” he said. “Once we decided we were going to move in that direction, we established a team to lay out exactly what it looks like.”

Under the new weighted grading system:

Walker believes the grading system will give students more incentive to challenge themselves.

“We’ve kind of got a mindset that we’ve got to change in terms of we think too much about great point averages,” Walker said. “In secondary school, grade point averages aren’t always indicative of what students have learned, what they’ve mastered or the skills they’re walking away with. So we hope that this will provide an incentive for kids to challenge themselves more without the fear of getting their great point average lowered.

“It was something that a core group of teachers felt strongly about and I really supported. I’m hoping it’s going to lead to better learning for the students.”