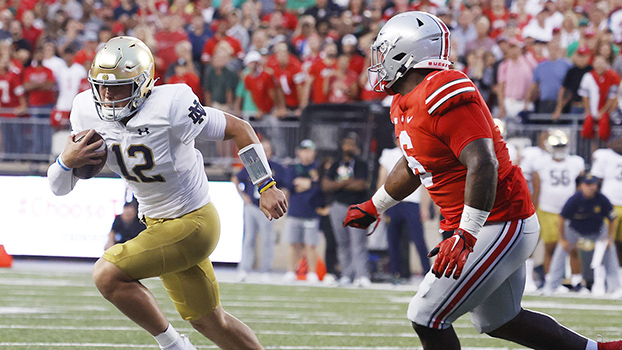 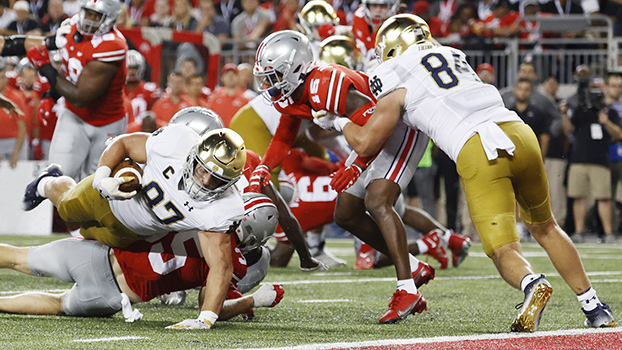 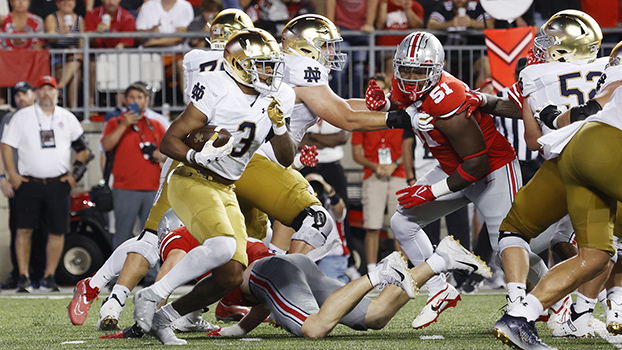 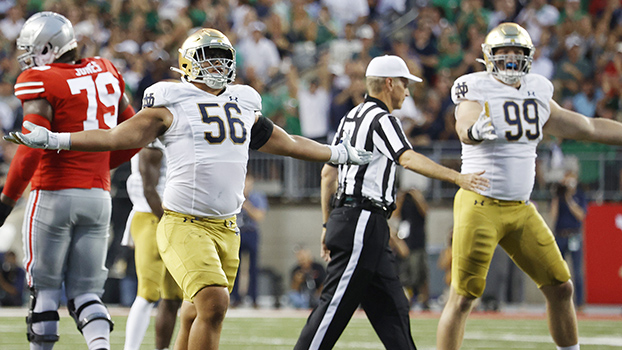 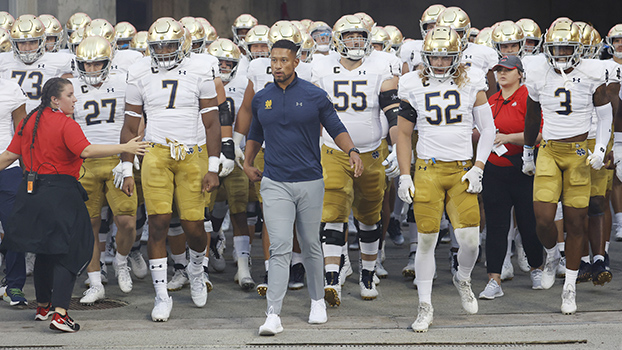 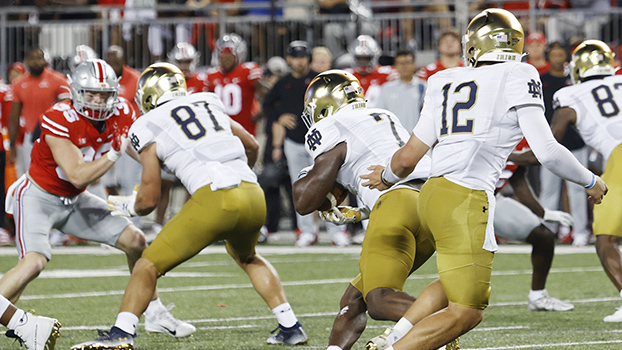 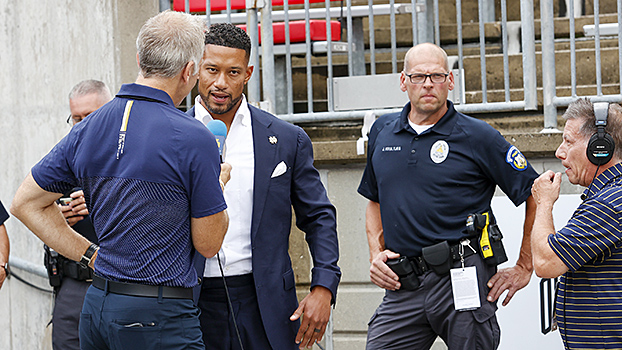 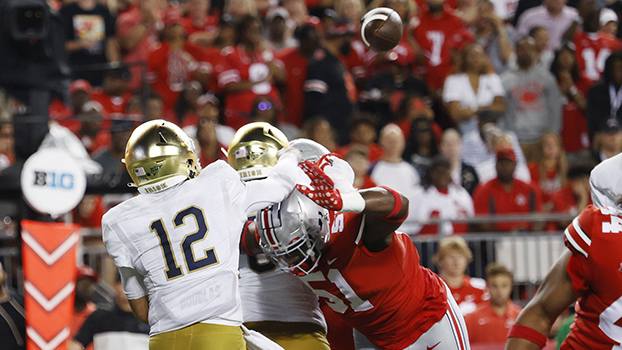 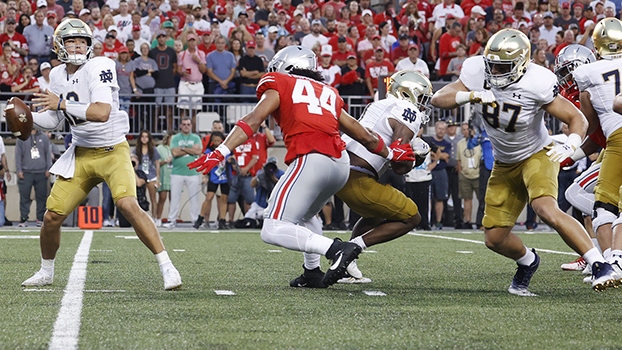 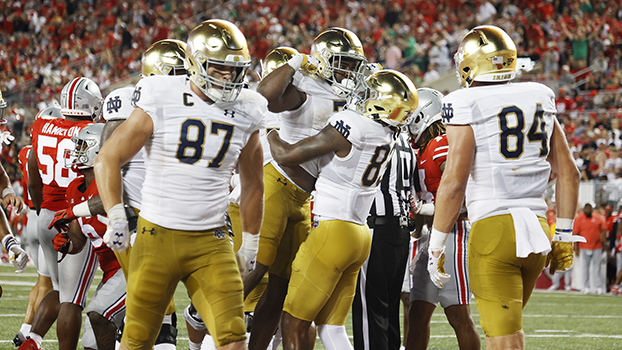 COLUMBUS, Ohio — It may take some time to figure out what No. 2-ranked Ohio State’s 21-10 victory over No. 5-ranked Notre Dame at the Horseshoe Saturday night.

Neither team looked particularly sharp on offense. Ohio State made enough plays defensively in the second half and scored a pair of touchdowns to kickoff the 2022 season with a victory.

For most of the offseason, Day talked about being better on both sides of the football and becoming a tougher football team. Following the slow start and the final outcome, there is more work for his team to do.

“That was something we spent a lot of time in the offseason saying, ‘We have to be able to win ugly on offense, we have to stop the run on defense,’” Day said. “They all count the same. And you have to figure out based on who you’re going against, how do you want to win that game? When you have that versatility, man, it’s going to pay off down the road.”

Notre Dame (0-1) outplayed Ohio State (1-0) in the first half. The result was a 10-7 Fighting Irish lead heading into the locker room at halftime.

Freeman was pleased with the play of quarterback Tyler Buchner, who was making his first career start at Notre Dame, and his first start of any kind since 2019.

And about the play of Buchner?

“I was pleased with [Tyler],” he said. “The biggest thing I’m pleased with is zero turnovers. He got hit a couple of times and hurt his ankle a little bit, and he continued to be tough and continued to run the ball. He continued to try to throw the ball where he wanted to throw it, and he’s going to be a really good football player and a great leader for us as we moved forward.”

The Fighting Irish struck first as Blake Grupe connected on a 33-yard field goal with 12:13 to go in the opening quarter to give Notre Dame a 3-0 lead. The drive showed more promise thanks to a Buchner 54-yard pass from Lorenzo Styles on the play of the game, but despite tacking an additional 15 yards onto it for a penalty, Notre Dame was unable to get into the end zone.

The Buckeyes responded with a touchdown drive that covered 54 yards in four plays, culminating with a 31-yard touchdown pass from C.J. Stroud to Emeka Egbuka.

The Fighting Irish scored the lone points of the second quarter as Audric Estime capped a 10-play, 87-yard drive that took more than five minutes off the clock.

Ohio State controlled the second half, but was never able to completely put the game out of reach.

In the third quarter, Stroud connected with Xavier Johnson on a 24-yard touchdown pass, while in the fourth quarter, Miyan Williams scored on a 2-yard run that capped a 14-play, 95-yard drive that took 7:06.