Big second half leads to Watervliet win over Chieftains 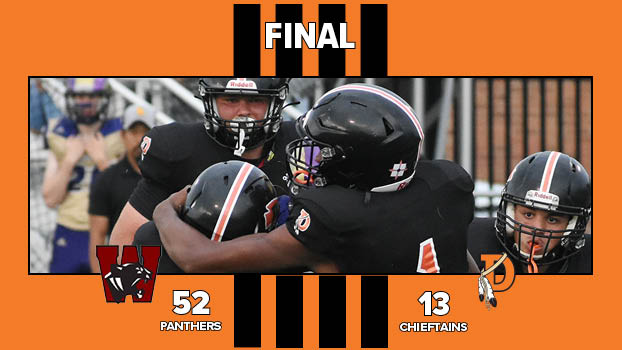 WATERVLIET — For one half, it looked like visiting Dowagiac was going to spoil the celebration that Watervliet High School had plan to dedicate its new turf field and its Hall of Fame Class Thursday night.

The Chieftains led 13-7 late in the first half when Panther quarterback Tyson Wilson took over. He scored on a 4-yard run to put Watervliet up 14-13 heading into halftime.

It was all Panthers in the second half.

But the outcome of the contest could have much difference had Dowagiac (0-2) not had two long touchdown runs called back by penalties — one in each half.

After the Panthers (2-0) took a 7-0 lead in the opening quarter on a 20-yard pass from Williams to Kaiden Bierhalter, Dowagiac scored back-to-back touchdowns to take its first lead of the 2022 season.

Jamal Williams capped a long drive with an 8-yard touchdown run. It was Williams’ interception of Tyson Williams’ pass deep in Chieftains’ territory that gave Dowagiac the ball.

The Chieftains took the lead on a 39-yard touchdown pass from Isiah Hill to Josh Winchester Jones. The conversion attempt failed, however, and Dowagiac had to settle for a six-point lead.

In the second half, Tyson Williams scored on a 9-yard run and threw a touchdown pass to Wyatt Epple, who also scored on a 10-yard run.

The Panthers also used a botched kickoff return to score a 1-yard touchdown and a 39-yard interception return for a score to turn the game into a rout.

Tyson Williams finished the night with 181 yards through the air and a pair of touchdowns, while he also rushed for two scores. Bierhalter had 105 yards receiving, while Epple added 80 yards on the ground.

Dowagiac was able to move the ball effectively on the ground as it rushed for 279 yards.

Justin Bannow had 144 of those yards, but would have had an even bigger night if the two touchdown runs were not negated by penalties. Avery Admundsen added 74 yards on the ground.