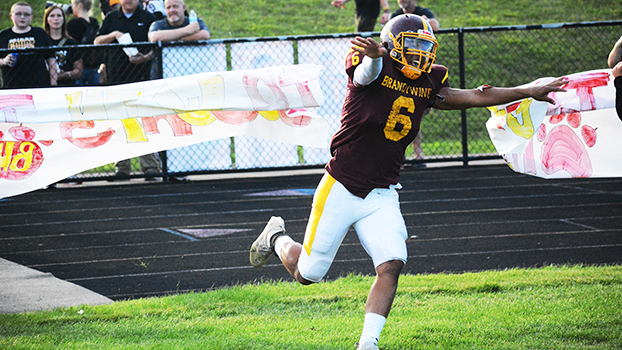 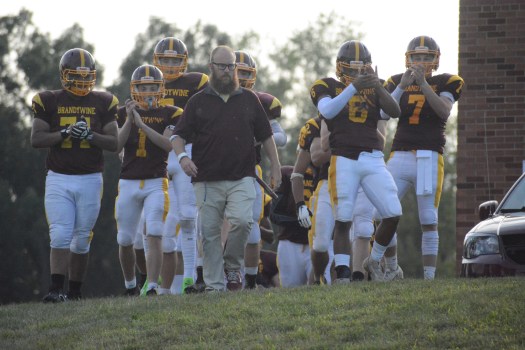 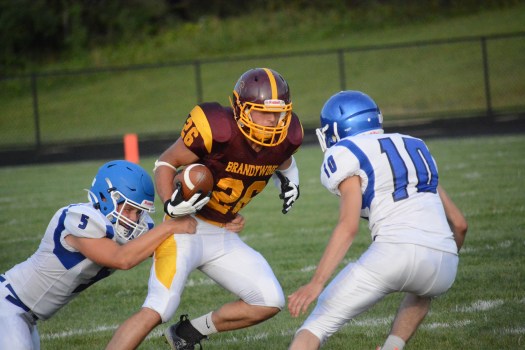 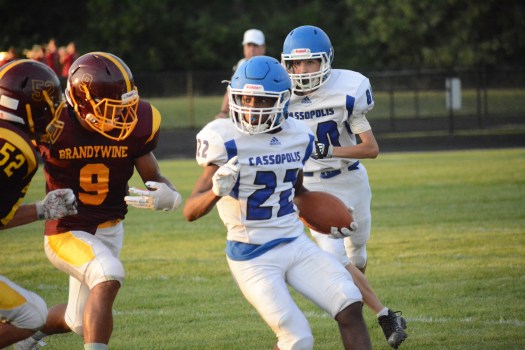 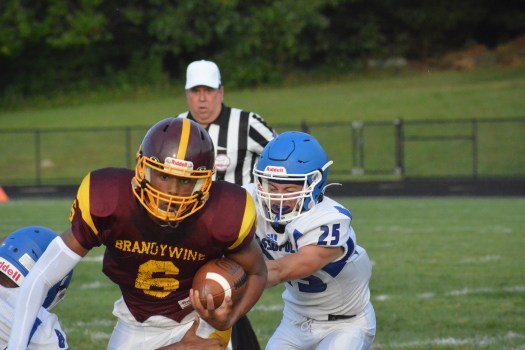 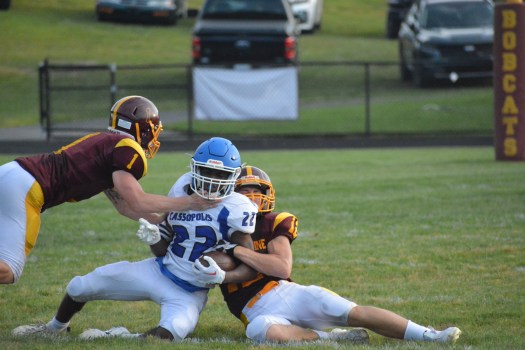 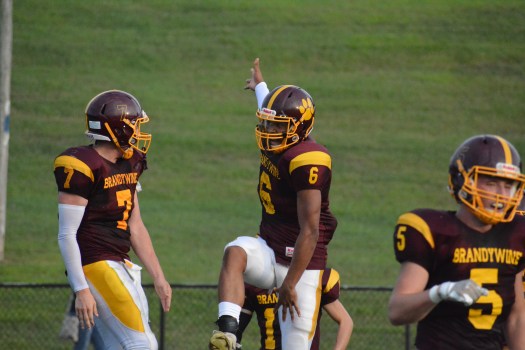 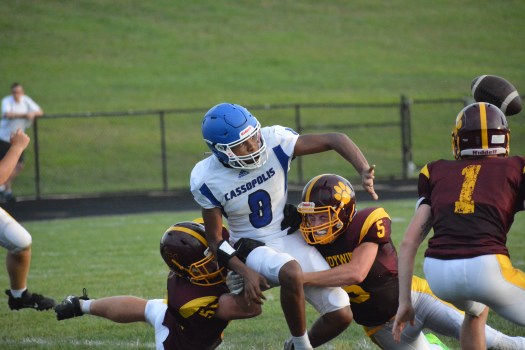 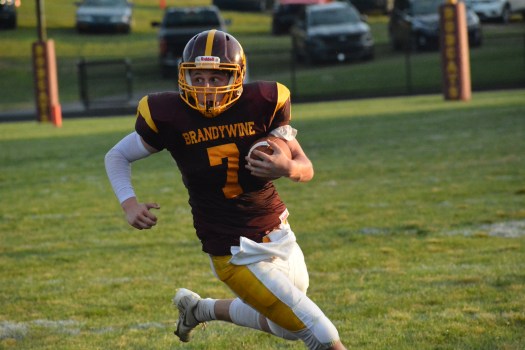 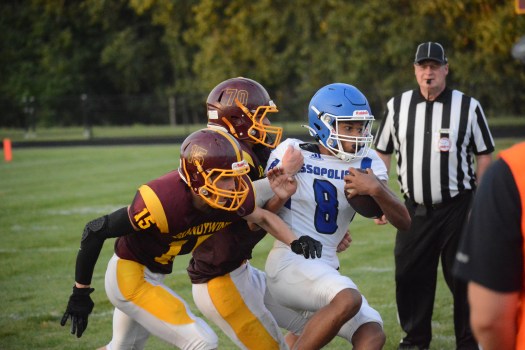 The host Bobcats played a complete game on both sides of the ball and shut down the Rangers 46-0 to pick up their first win of the season after suffering a 35-0 loss to Watervliet in the season opener.

“It was a perfect game,” said Brandywine coach Justin Kinzie, who picked up his first win as coach of the Bobcats. “These guys did not make any mistakes. I’m so unbelievably proud of these guys. Last week we got housed and that stuck in our throat a little bit and sometimes that sour taste is what a team needs to light a fire.”

The Bobcats were able to flip the script thanks in large part to senior Owen Hulett. The senior, who played tight end and defensive end/linebacker in last week’s game, made the most of his first start at quarterback by tallying three total touchdowns — two rushing and one via a 59-yard pass to Michael Palmer.

“We got rained out on Monday, we had one day at practice on Tuesday and we had a JV game on Wednesday, so we had all of those mistakes a week ago and we had a short week this week,” said Brandywine head coach Justin Kinzie. “We had a quarterback who is a pitcher, so he’s not here all summer long, so he basically missed out on two months of practice this summer. I’m telling you right now, he put in two months of practice after school throwing routes with his buddies. Again, it’s the work ethic of these guys.”

Palmer helped make Hulett’s debut easier. The senior was the most dynamic player on the field, scoring on plays of 59, 40 and 63 yards.

Both the offensive and defensive lines controlled the trenches for Brandywine to help lift the Bobcats to a 33-0 halftime lead.

Freshman Kaeden Warfield took the second-half kickoff 87 yards for his first Bobcat touchdown and junior backup quarterback Kaiden Rieth scored on a one-yard touchdown plunge in the fourth quarter to round out the scoring.

“(Rieth) knows his job is when we’re up and it’s the second half of the fourth quarter, it is time to grind out clock to save my starting quarterback,” Kinzie said. “He took that role and he knows his role and he loves that role. I’m so happy we’re able to get him a touchdown too. That felt really good.”

The game was the second straight shutout loss for Cassopolis, who lost 55-0 to Allegan last week. In total, the Rangers have been outscored 101-0 to start the season.

“We’re very young and inexperienced; that showed last week and it showed tonight,” said Cassopolis coach Stephen Green. “We just got to go to work tomorrow. It’s all we can do.”

While the desired outcome wasn’t reached, Green was proud of the effort his team showed on the field.

“They didn’t give up,” he said. “They kept fighting; the kids have a lot of grit and they’re giving us everything they have. It’s just, we’re a little light up front and it shows come Friday nights.”

With his first win as Brandywine coach in tow, Kinzie and the Bobcats (1-1) travel to face Saugatuck at 7 p.m. Friday.

“I’m excited to see the the turnaround this week,” he said. “It’s gonna be a lot more fun in the hallways this weekend at school, for sure.”

Cassopolis (0-2) will regroup as it aims for its first win of the season against Comstock (0-2).