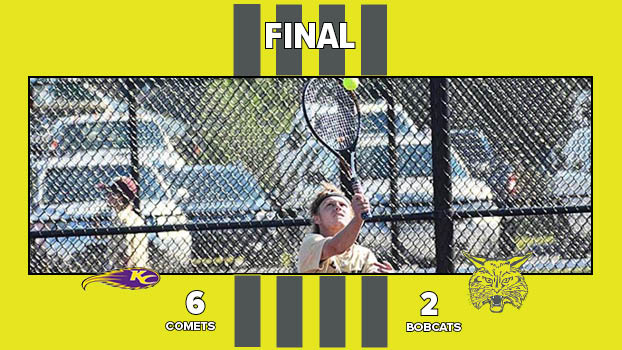 The host Comets defeated the Bobcats 6-2, in a match that was much closer than the final score.

Brandywine won two of the three flights that went to three sets with the No. 4 doubles team of Blake Magyar and Ryder Richard defeating the Comets’ Mario Moralez and Landon Koerner 6-2, 3-6 and 10-1.

Brandywine returns to the court Tuesday when it hosts Edwardsburg in a non-conference match.

The Vikings’ Aiden Krueger was fourth and Kierstyn Thompson sixth at the Kalamazoo Central Invitational Thursday.

The host Maroon Giants won the boy’s title with 18 points, while Kalamazoo Hackett was second with 56. The two schools reversed the order of finish in the girl’s race with both teams finishing with 39 points.

After running in two meets in two days, the Vikings will get some much-needed rest and recuperation before heading to Fennville Sept. 10 for an invitational.