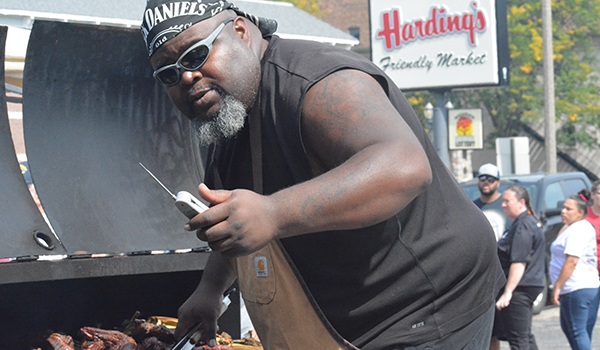 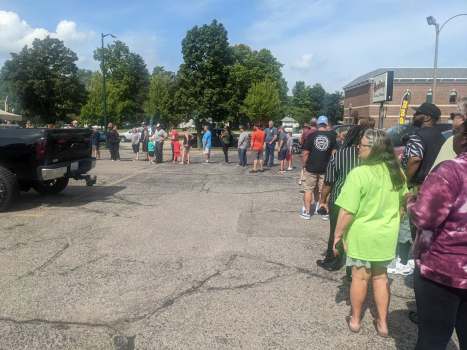 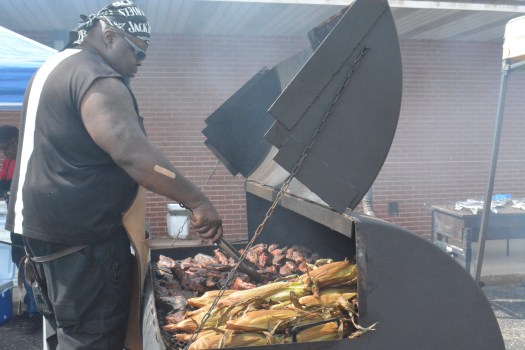 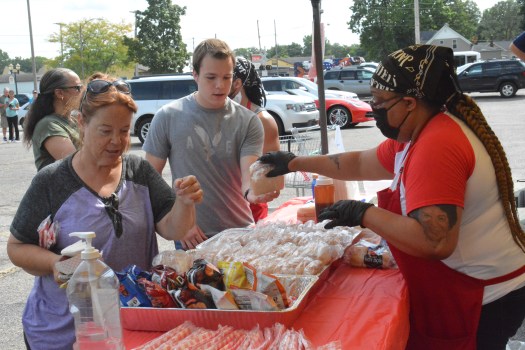 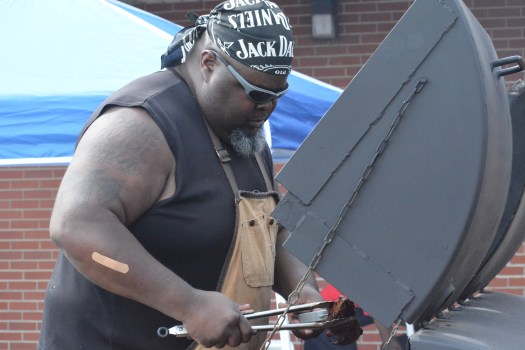 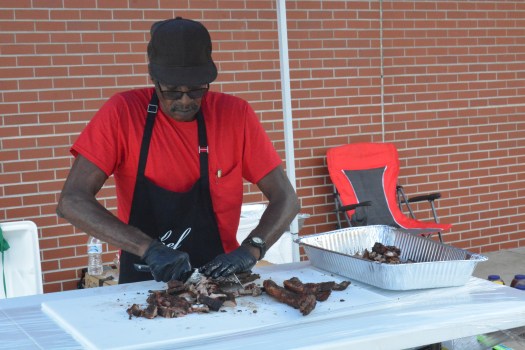 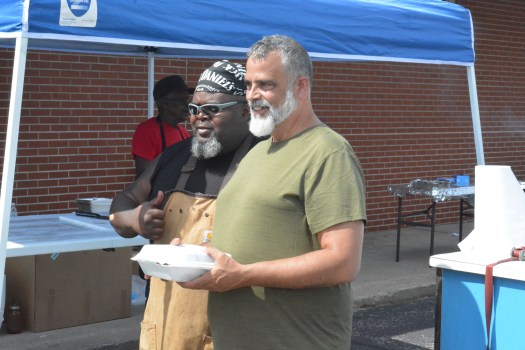 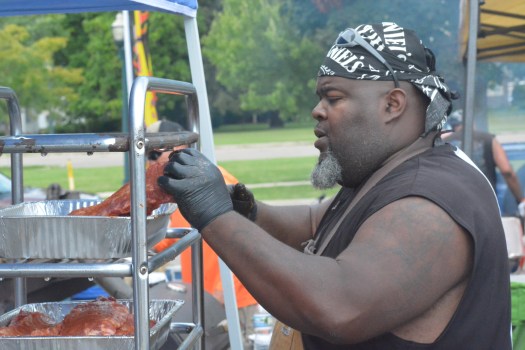 He is Dowagiac’s celebrity grill master.

Boatright Sr., founder of Boatright’s BBQ in St. Louis, Missouri, hosted his “Smoke In The Jack” barbeque event Friday afternoon at Dowagiac Harding’s Market, 102 Park Pl., to promote his new line of Boatright’s BBQ spice rubs. The rubs, which can only be purchased locally at Dowagiac Harding’s, include an All-Purpose, Sweet Beef Heat and Jerk Seasoning. Boatright Sr. offered ribs, pork rib tips, chicken, grilled corn on the cob as well as his wife’s famous butter bourbon baked beans to hundreds of customers. In addition to food, Boatright Sr. also had free giveaways and raffled off a Green Mountain grill.

While Boatright Sr. has traveled across the country on his culinary quest, he enjoyed returning to Dowagiac to serve his food in the city where it all began.

“I didn’t expect anything less would happen,” he said. “It’s Dowagiac; it’s always been full of love and support. It’s small but I think there’s more love in this small city than there is in (St. Louis) where I’m at now. I can’t even come up with words.”

The event was highly anticipated. Dowagiac Police Department Administrative Assistant Michell Outlaw was among the dozens of people in line approximately one hour before food was served to submit an order for the police department.

“I’m very excited and very hungry,” she said. “There are a lot of hungry police officers, so they’re gonna have a good afternoon today. He’s local, so that makes it even better. It’s a great way to support the community and we can support him in turn, so that’s awesome.”

Boatright Sr.’s career in front of the grill spans more than 30 years, from managing a catering company with his father, Bruce Boatright, to training under some of the greatest grill masters in the business, including Big Moe Cason of BBQ Pitmasters fame. Boatright Sr.  has also appeared in a reality television BBQ competition on Netflix, American BBQ Showdown. Bruce, who was one of several family members on hand assisting with the event, enjoyed seeing his son shine in front of the community.

“It feels very good,” Bruce said. “We started (grilling together) years ago. He moved to St. Louis and got better at it. I’m proud of him.”

Boatright Sr. has cooked for notable entities such as the National Football League’s Jacksonville Jaguars, Kansas City Chiefs and Denver Broncos and more. While he could not go into specifics, he said that production has wrapped on a Food Network show he is involved with. In addition, raffle funds will go toward the production of a pilot episode of his show “Let’s Talk BBQ Over Bourbon and Beer” that he plans to shop to networks.

“Exciting things are happening,” he said. “I can’t wait to share them with you all.”