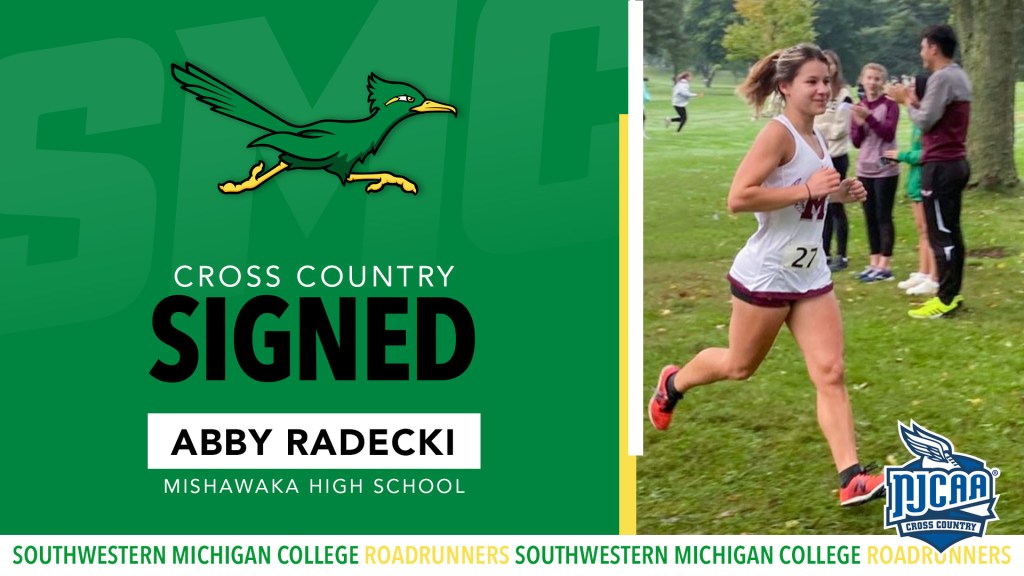 “Abby tried cross country her senior year after being a sprinter on the track team for the previous three years,” said Coach Christopher Kowalewski of Mishawaka. “She wanted to try something new and grew to love the team and the sport. Because of her hard work and infectious positive attitude, she learned the Mental Attitude award her senior year. She is a wonderful teammate who loves competing.”

Sartori is pleased to add depth to his squad

“Abby has been committed to SMC as a walk-on for a while, but in true Roadrunner spirit she took advantage of the opportunity, put in the work this summer and has practiced well this fall,” he said. “I’m pleased that she earned an athletic scholarship to the team. Abby has already established herself as a strong runner. I’m expecting great things from her this season.”

Radecki joins former Cavemen Bailee Shambaugh, who returns for her second year, and classmate Zach Stearns on the Roadrunners squad.