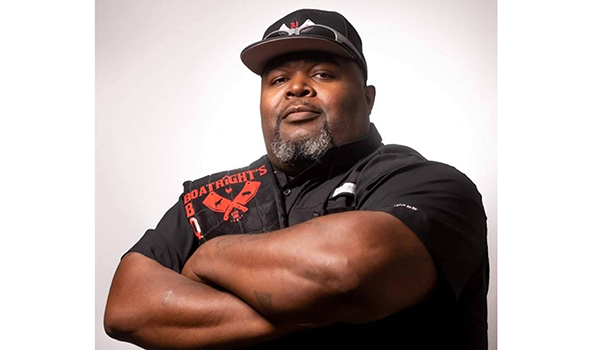 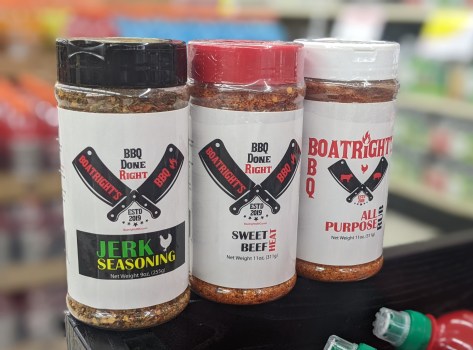 DOWAGIAC — A celebrity grill master will be returning to his hometown of Dowagiac this Friday to serve up a smorgasbord of different grilled and smoked foods.

James “Big J” Boatright Sr., founder of Boatright’s BBQ in St. Louis, Missouri, will be hosting his “Smoke in The Jack” barbecue event Friday afternoon at Dowagiac Harding’s Market, 102 Park Pl., to promote his new line of spice rubs. The rubs, which can be purchased at the Dowagiac Harding’s, include an All-Purpose, Sweet Beef Heat and Jerk Seasoning.

Boatright Sr. expects to serve food at approximately 12 p.m. and will offer ribs, pork rib tips, chicken, grilled corn on the cob as well as his wife’s famous butter bourbon baked beans. He will also be having a demonstration to introduce the community to different proteins to cook on the grill, including lamb and street tacos.

In addition to food, Boatright will also be doing free giveaways and will raffle off a Green Mountain grill.

“Out of all the stores I have my rubs in, the one I’m most excited about having is in my hometown,” Boatright said. “I just looked at this as my perfect opportunity. I’m going to come, cook and make a lot of folks happy. It’s probably gonna be one of the most comfortable cooks I have done, because I’m home.”

From managing a catering company with his father to training under some of the greatest grill masters in the business, including Big Moe Cason of BBQ Pitmasters fame. Boatright has also appeared in several television shows including “American BBQ Showdown” on Netflix.

For Boatright Sr., the art of barbeque was instilled in him at a very young age by his father and uncles.

“My dad got me started,” Boatright Sr. said. “My earliest memory is watching my dad and uncle dig a hole and do a whole hog roast in the ground.”

Moving to St. Louis exposed Boatright to a new world of barbeque.
“It was definitely a lot of barbequing and different styles,” he said. “It taught me that you can’t be one-dimesniolal in barbequing. It was definitely an eye-opener to see what’s going on. I got to learn a lot of new things.”
Instead of opening a brick-and-mortar restaurant, Boatright chose the food truck route in an effort to be more versatile and meet the needs of customers. Boatright’s barbeque journey has taken him across North America, experiencing new barbeque flavors and techniques while appearing on television and cooking for notable entities such as the National Football League’s Jacksonville Jaguars, Kansas City Chiefs and Denver Broncos. Boatright added that he is preparing to cook for the Dallas Cowboys.

“It’s been somewhat unreal as it unfolds but it was what I went after,” he said. “I never saw it being as big as it was. I cater and have a mobile kitchen instead of it just being a restaurant. I’m glad I didn’t go with brick and mortar.”

While Boatright has traveled across the country on his culinary quest, he looks forward to returning to serve his food in the city where it all began.
“It’s my roots,” he said. “Coming back home is like coming back to where I got my strength from. I have a saying that negativity has one purpose and that is to be the fuel to drive us in a positive direction. I learned how to survive, endure and go out into this world and make it. I am who I am today because of Dowagiac.”