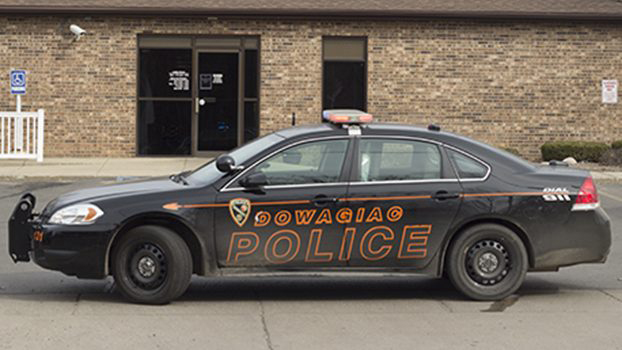 DOWAGIAC — A 13-year-old Dowagiac Middle School student is facing multiple charges for bringing a stolen handgun to the school Monday morning, according to the Dowagiac Police Department.

At approximately 10:15 a.m., Dowagiac police were contacted by a Cass County Sheriff’s Office deputy. The deputy advised that he was currently speaking with someone who resides outside of the City of Dowagiac, who advised that they located a handgun and another handgun magazine in their grandson’s bedroom Monday morning. The subjects contacted the Sheriff’s Office to report this upon finding these items.

The deputy and the School Resource Officer with the Dowagiac Police Department were able to identify the student who was at the Dowagiac Middle School and he was escorted to the office.

Upon searching the student, police located a handgun hidden in the student’s pants. The weapon was seized and later determined to have been stolen from a residence outside of the city limits.  Deputies made contact with the registered owner of the handgun who upon checking discovered that two handguns were stolen from their residence. Both handguns and ammunition have been recovered by police.

The student was taken into custody and petitioned into Juvenile Court. The 13-year-old student was charged with Receiving and Concealing a Stolen Firearm, Carrying a Concealed Weapon, Felony Firearm, and Possessing a Weapon in a Weapon’s Free School Zone. The student was placed at a Juvenile Detention facility in Midland, Michigan.

At no time did the student make any threats with the weapon or display the weapon.  The investigation did not reveal any type of plan or plot to commit any violence with the weapons. Dowagiac Police, Cass County Sheriff’s Office, and Dowagiac Middle School Staff worked together to bring this incident to a peaceful end.

The name of the student is being withheld since he is a juvenile.