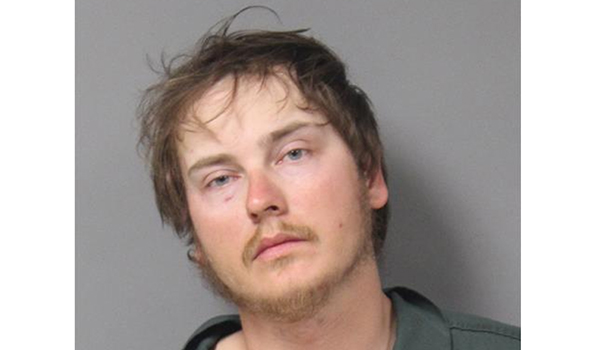 NILES – A Dowagiac man who drove drunk and injured a Marine veteran will be spending some time in jail. He was sentenced Monday in Berrien County Trial Court in Niles.

Matthew Douglas Cutlip, 28, of Dowagiac, pleaded guilty to second offense drunk driving and attempted resisting and obstructing police in connection with an incident occurring April 30 in Niles Township. That incident involved hitting another car and then resisting police.

Cutlip was sentenced to $1,285 in fines and costs, 180 days vehicle immobilization and 12 months of counseling on the drunk driving charge. He was placed on two years probation, 30 days in jail with credit for two days served, 120 days tether and $125 in fines and costs on the attempted resisting and obstructing charge. Restitution was reserved.

The person Cutlip crashed into spoke before the sentencing. The man said he was a medically discharged Marine and had been working for three years to integrate back into society. He said he had just gotten a job two months prior to the accident and now has been thrown back into getting counseling and other help.

Berrien County Trial Judge Sterling Schrock thanked the man for his words and for his service to the country. “Drunk drivers need to know the implications of their choice to drink and drive,” he said. “They have to know the risk they present to others and how their actions affect others.”

“Those convicted of drunk driving have to go to a victim impact panel and listen to others who have been victimized by drunk drivers,” the judge added. “It’s important for the defendants to hear the consequences of their choices.”

Berrien County Assistant Prosecutor Jerry Vigansky said he found it concerning that Cutlip not only resisted and obstructed police but also acted badly toward hospital personnel. “I understand when you’re intoxicated you can act jerky but I find it appalling that he treated the hospital staff like trash,” he said. “He treated them horribly.”

Cutlip’s attorney said that his client was so intoxicated that he has no memory of his actions. Cutlip apologized to the man who was injured in the crash. He noted that he is working with a counselor to stay sober and actually had been sober for 18 months before this incident. “Everything was going good and I decided to have a drink after work,” he said.

“The consequences of drinking and driving go way beyond your decision to celebrate your life going good,” Judge Schrock said. “There can be tragic results for both you and others.”