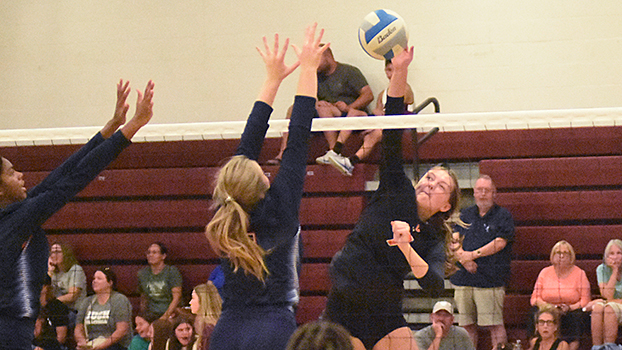 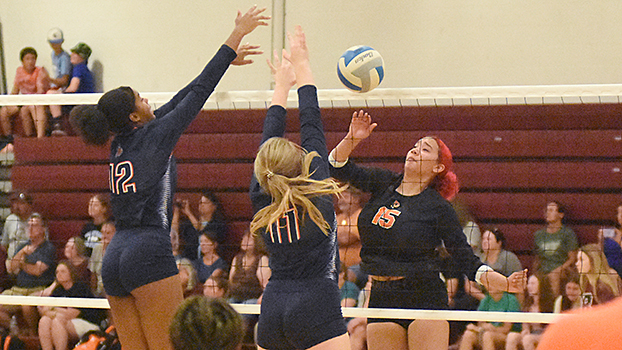 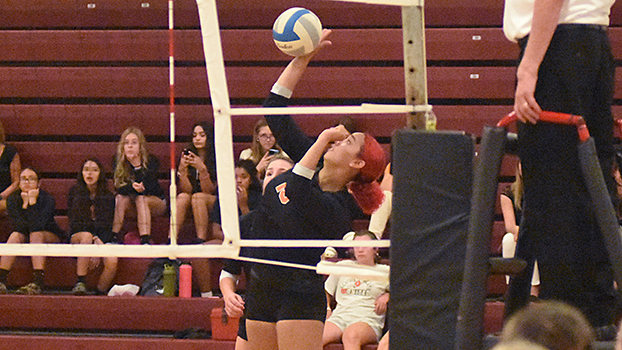 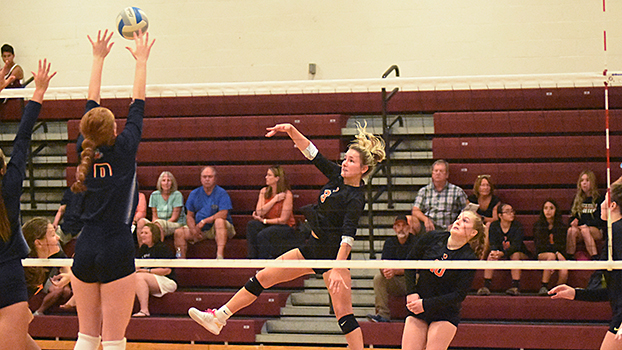 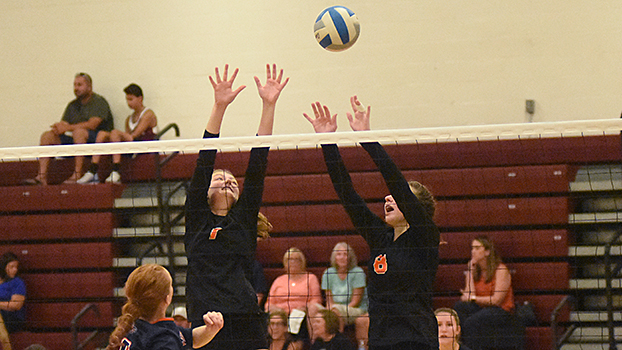 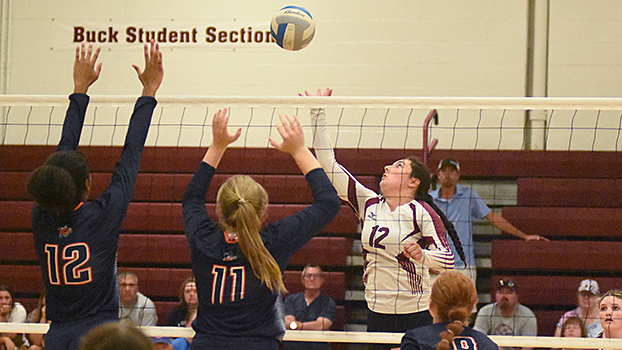 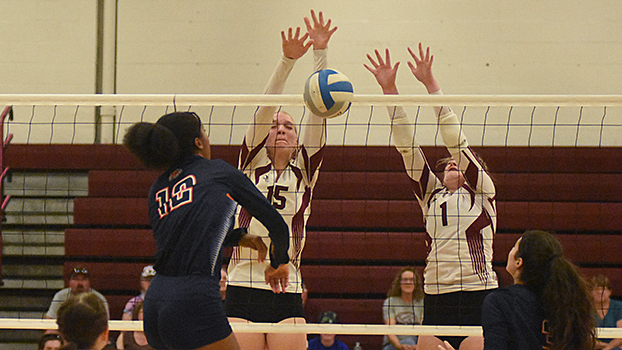 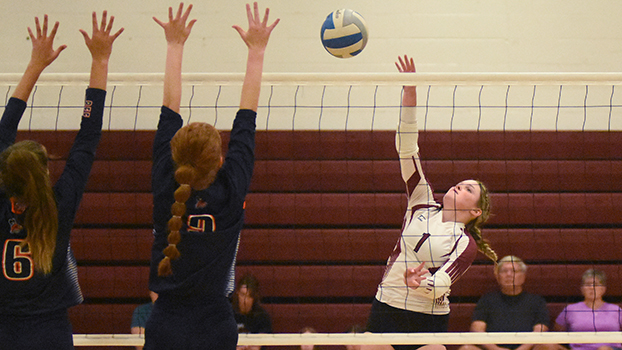 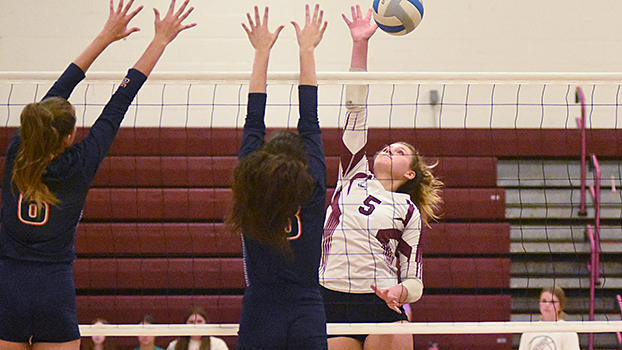 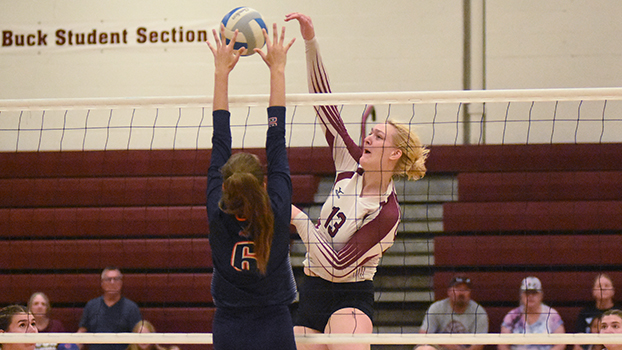 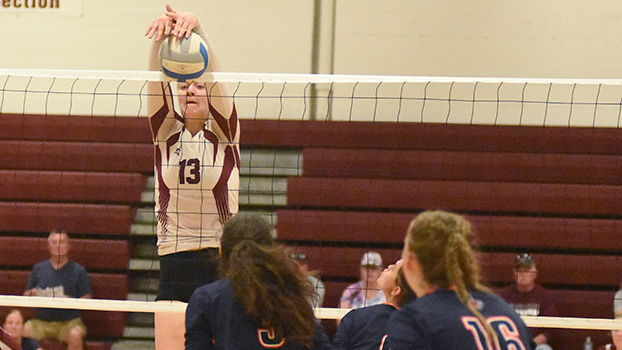 BUCHANAN — Host Buchanan went 3-0 at its own quad Wednesday night.

The Bucks, who opened the season Monday with a win over Cassopolis, swept Bridgman, Dowagiac and Galesburg-Augusta to improve to 4-0 on the season.

The Bees were 2-1 after defeating Dowagiac and Galesburg-Augusta, while the Chieftains finished the night 1-2.

In its opening match, Buchanan had to hold off a furious Bridgman rally to win the first set 25-22. The Bucks completed the sweep with a 25-15 win in the second set.

Against Dowagiac, Buchanan trailed 10-5 before rallying to take the lead. Up 22-16, the Bucks had to hold off another comeback bid to win the second set 25-20 and complete the sweep.

“I thought we played well tonight,” said Buchanan Coach Shelly Bossert. “We learned a lot from our game on Monday night and made some changes for tonight. I’m excited for our game tomorrow night against South Bend St. Joe.”

Bossert said despite the early success, her team has to keep improving.

“I learned that my team still has a lot to work on,” she said. “We have a pretty solid lineup, but there still needs to be some tweaking done to it. I’m very excited for this season.”

The Chieftains defeated Galesburg-Augusta 25-11 in the opening set of their first match, but trailed 20-16 in the second set.

Maggie Weller’s three straight aces helped tie the match at 20-20, while Dowagiac’s net play from Abbey Dobberstein and Alanah Smith allowed Dowagiac to score the next five points to win.

The Chieftains played well against Buchanan, but struggled against the much taller Bees.

“Tonight, we started off strong and then fell short in the last two matches due to unforced errors,” said first-year Coach Amber Todd. “In order for us to be successful on the court, we have to keep the ball in play, and cut down on unforced errors. We will use this evening as a learning opportunity to get ready to work hard at our next practice.”

The Niles volleyball team opened up its Wolverine Conference schedule with a sweep of host Sturgis Wednesday night.

The Vikings, who are now down two players due to injuries, rebounded from being swept Tuesday night at the Hamilton Quad.

“It was a great team effort tonight,” said Niles Coach Samantha Zimmerman. “We had girls playing in different positions and they stayed disciplined in their roles. We started slow again, but once we got used to the lineup, we really started working together. I’m happy with the way they bounced back after yesterday.”

After playing three consecutive days, Zimmerman is looking forward to a day or rest before heading to Otsego for the Wolverine Conference Preseason Round Robin Friday.