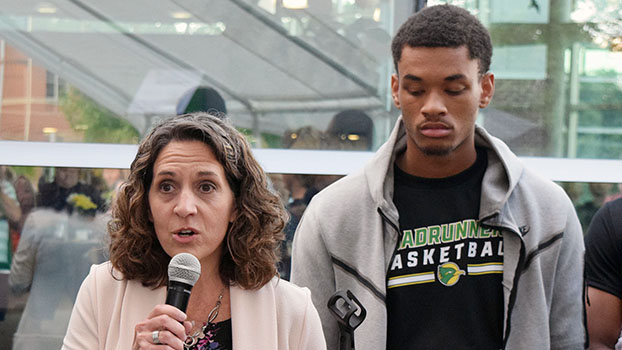 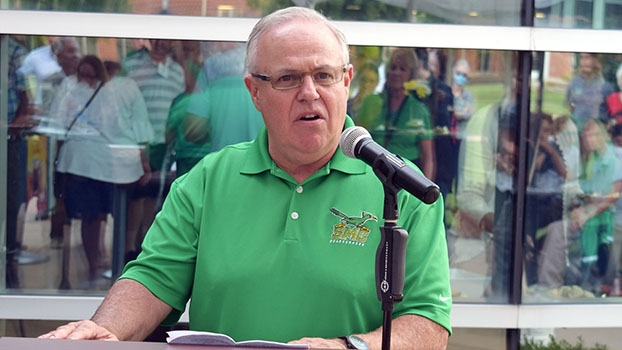 Thomas F. Jerdon, president of the SMC Board of Trustees since 2015. (Photo courtesy SMC) 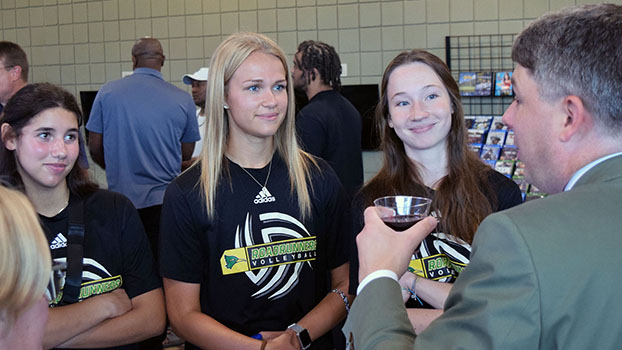 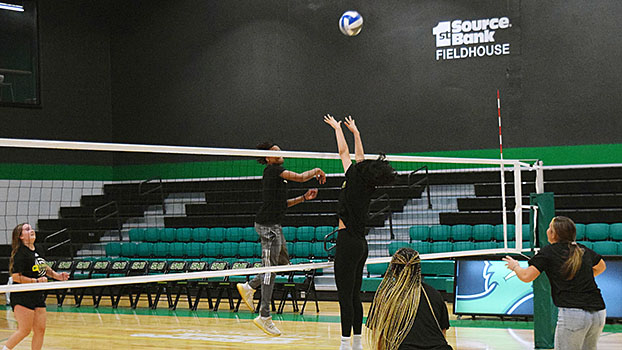 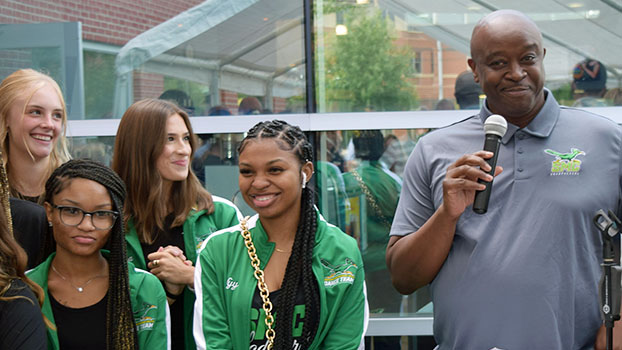 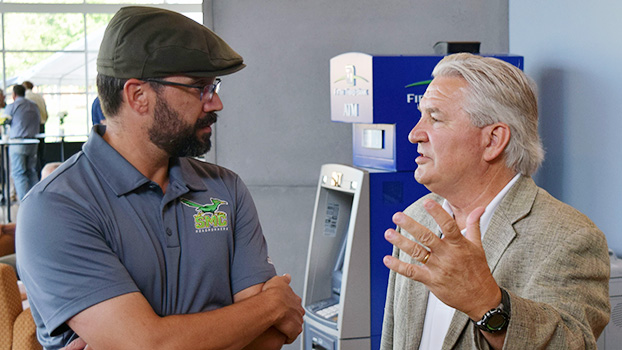 “Tonight culminates lots of hard work,” said Board of Trustees Chairman Tom Jerdon. “It all began with Coach [Ron] Gunn and the rich history he and our student athletes created” as recounted in the new Hall of Champions sponsored by Wolverine Mutual Insurance Co.

“It literally put SMC on the national map. It continued with President [David] Briegel, whose stewardship grew the college during financially tight years. During the 2000s we invested in first-class student housing under Dr. David Mathews’ leadership, eventually building three residence halls with 390 beds on campus. The Charles O. Zollar Building was transformed with the Student Activities Center. Make no mistake, without quality housing and the SAC renovation, there’s no way we could re-create athletics in this era.”

During the 2010s, SMC remodeled Dowagiac academic buildings and the Niles campus, “carefully checking off priorities to get to this moment. For SMC, the time is right for this era with the convergence of these past strategies,” Jerdon said. “In my 30+ years on this board, we have never seen something this unifying for our students, alumni and the college district,” well-represented at a Greater Dowagiac Chamber of Commerce Business After Hours.

“I’m thrilled to say the Roadrunners are back!”

“We’ve gotten a lot done in 2 ½ years” despite global pandemic supply-chain challenges, said President Dr. Joe Odenwald. “There are three ingredients to building a great college — an enlightened Board of Trustees, a competent administration and committed faculty and staff. I added a fourth category, engaged students. It built our college culture in the 1970s and it’s going to build our college culture in the 2020s and beyond. I add a fifth today — generous donors and community. It’s taken a total team effort of all five.

“Since the college’s 1964 founding, this is our most complex and far-reaching endeavor. Throwing up a building is complex, but it’s personnel, like quality coaches; Jordan [Pitre] advising every one of these 107 student athletes because the main thing we do here is education. This is a great unifying experience for our college. As Harry Truman said, ‘It’s amazing what you can accomplish if you don’t care who gets the credit.’ Sage advice for life and sports.”

Addressing the community, Odenwald said, “It’s been a long time coming for you to have teams again. I’ve made two promises to more than 100 recruits who have come through my office — you’re going to play in the best facilities in Region XII of the NJCAA and you won’t play in an empty gym, but in a supportive environment. I need the community to get behind that. I’ve written a lot of verbal checks I need your help to cash.”

Athletic Director Rodell Davis, men’s basketball coach, said, “This is the premier two-year college facility in the country. There are three simple goals to our vision — we want to graduate our young men and women. Anyone who comes here and competes should leave with a degree. Two, we want them prepared for life, whether they go into the workforce or on to a four-year college. Three, we want to win with class and compete for championships. Our opponents are going to know they’ve been in battle. We need support on game day. We want to make 1st Source Bank Fieldhouse the rowdiest environment in the NJCAA. Be patient as we build this the right way.”

Dowagiac Chamber President Kris Soenen said, “Now that SMC has aligned the mission, the donors and the contractors, it’s our job as the community to show team spirit. Just as we all know the importance of shopping locally, we need to cheer on the home team. With free admission, there are no excuses.”