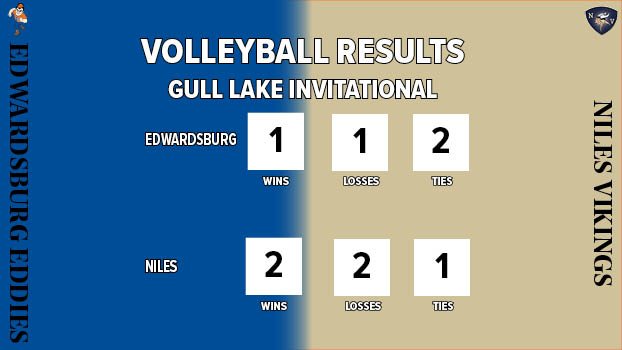 RICHLAND — A pair of coaches made their debuts at the Gull Lake Invitational volleyball tournament Friday.

For Niles, Samantha Zimmerman takes over for Jenny Nate, who is the new coach at Southwestern Michigan College. At Edwardsburg, Sarah Strefling returns to the Eddies as she replaces Nikki Bush.

Both Niles and Edwardsburg found some success at the season-opening tournament. The Vikings went 2-2-1, while the Eddies were 1-1-2.

The Vikings are back in action today as they travel to Portage Central for another tournament.

The Eddies are back on the court Friday as they compete in the Wolverine Conference Early Bird Invitational at Otsego.