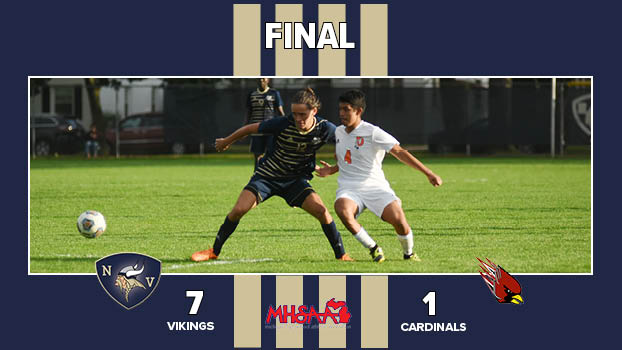 The Vikings (1-0) grabbed a 2-0 halftime lead as Ezra Vance and Levi Haboush both scored goals. Kaleb Thornton assisted on the Vance goal.

Nathan Becraft scored a pair of goals in the second half. Andrews Ntsiful assisted on the goal. He also assisted on Vance’s second goal of the match.

Owen Potlin had the other goal for Niles, which will return to the pitch Saturday in Buchanan at the annual VanDenBerg Invitational.