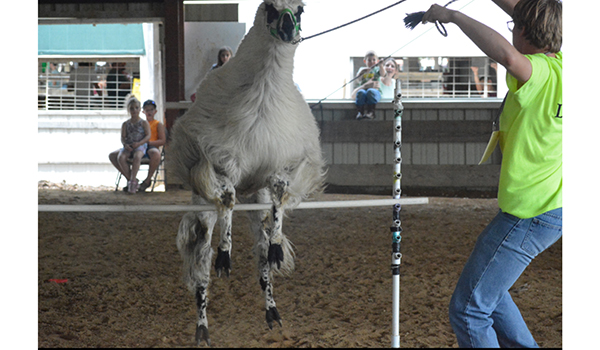 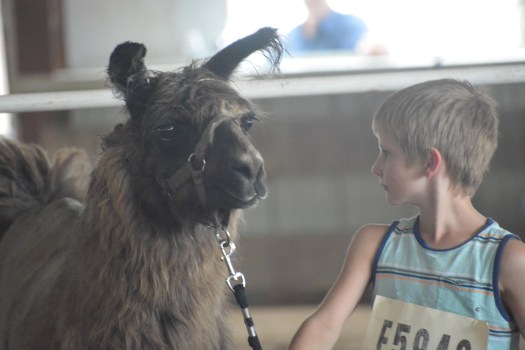 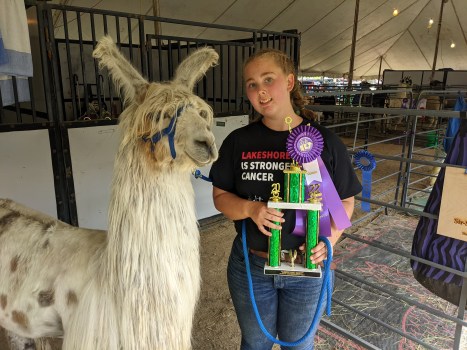 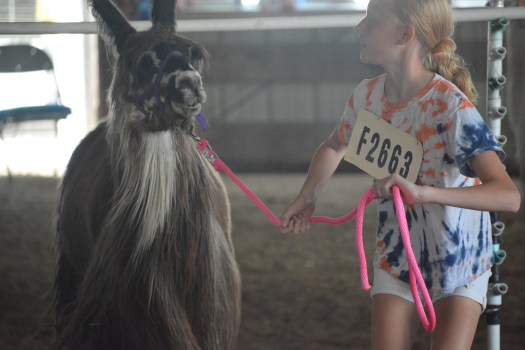 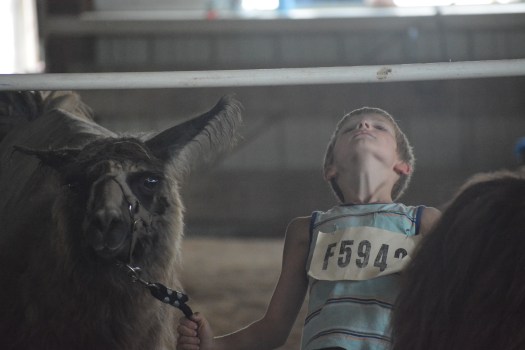 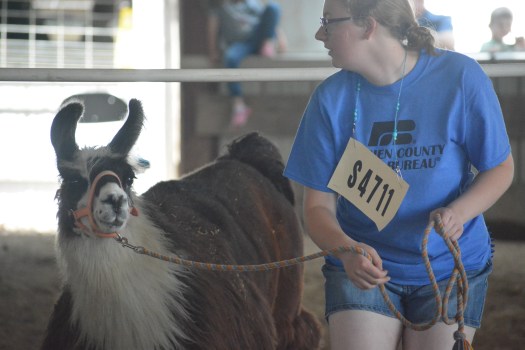 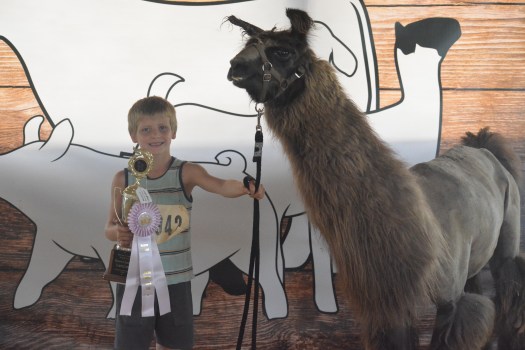 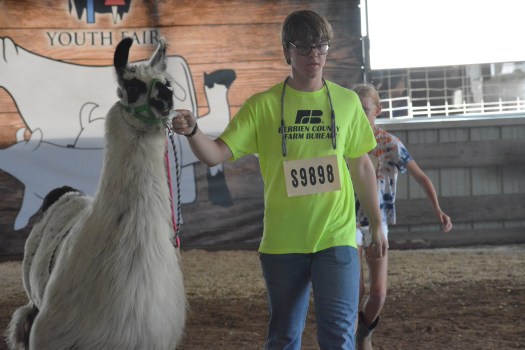 Well, maybe that is not quite how the saying goes, but the llamas and their handlers who participated in the Berrien County Youth Fair Llama Show believed in its message.

Handlers and their llamas competed in a variety of competitions, including an obstacle course, limbo, leaping and paper lead rope, which involved seeing how far handlers could take their llamas with a paper lead.

Stevensville native Kyle Smith and his llama Oola turned in a strong showing, winning grand champion trophies in both the paper lead rope and leaping competitions.

“She’s 15 years old, so she jumps really well for a 15-year-old Llama, I’m impressed,” he said. “I didn’t know she liked to jump until last year, so I’m happy she does because past llamas of mine have not liked jumping.”

Kyle said Llamas are social animals that live with others as a herd. Oola enjoys spending time with her llama friend Resa, who won the llama limbo competition with Kyle’s sister, Karen, who has been showing llamas for 10 years.

Madalynn Schmidt and her llama Sal took first place in the jackpot obstacle course. To prepare for the competition, she built an obstacle course this summer for competitors to practice on. The Stevensville native enjoys working with llamas, especially the rambunctious ones.

“As my mom says, I go for some of the animals that don’t have that joy, and that hunger to drive per se,” she said. “I go for the Rowdy ones. That’s pretty much why I love working with the llamas because there’s different types and there are different ways to go about working with them.”