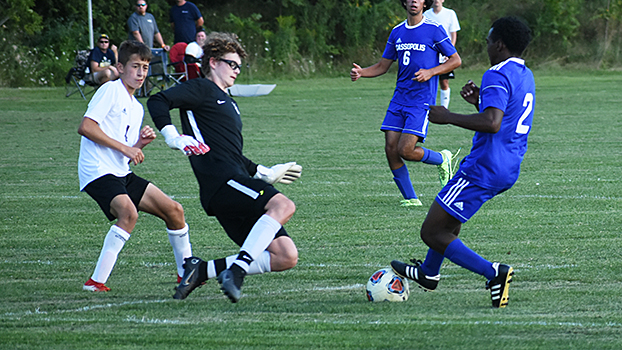 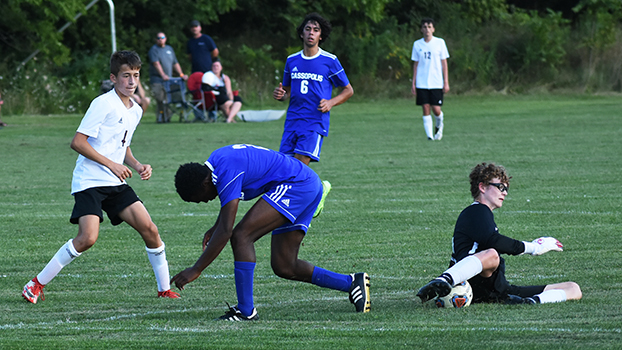 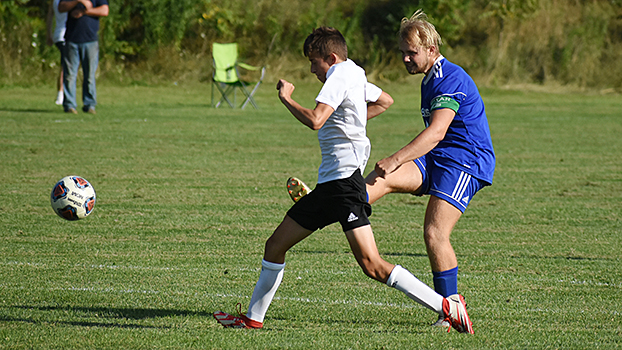 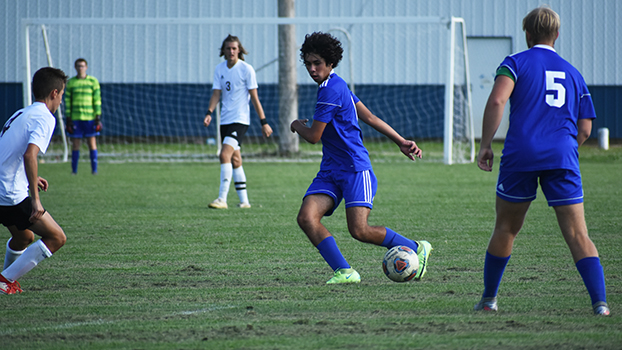 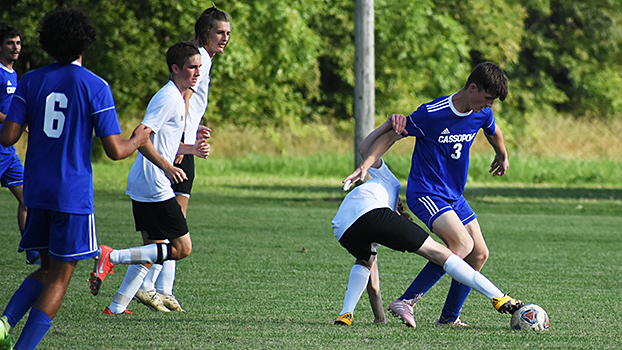 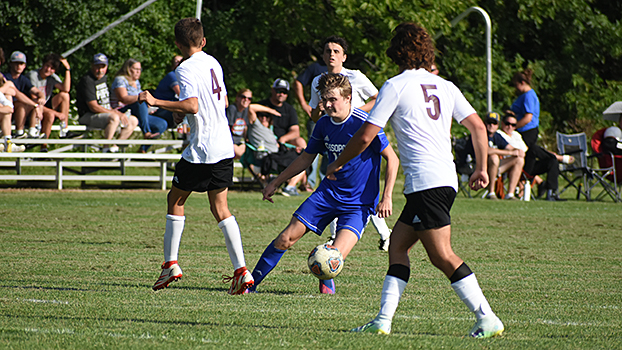 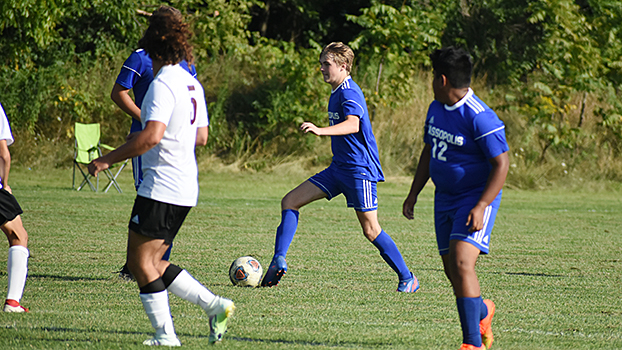 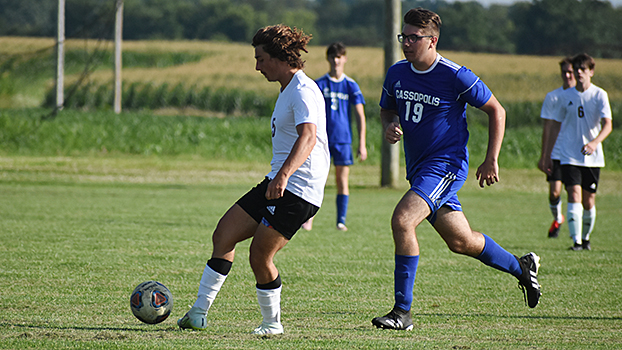 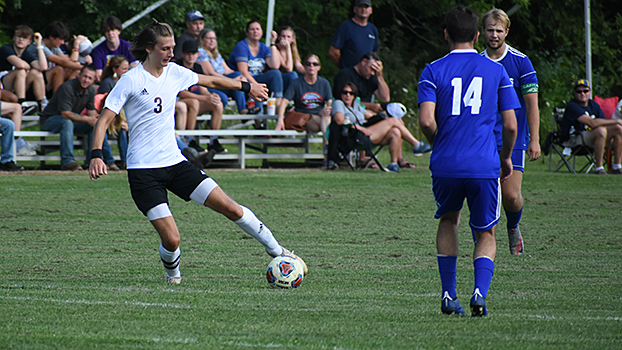 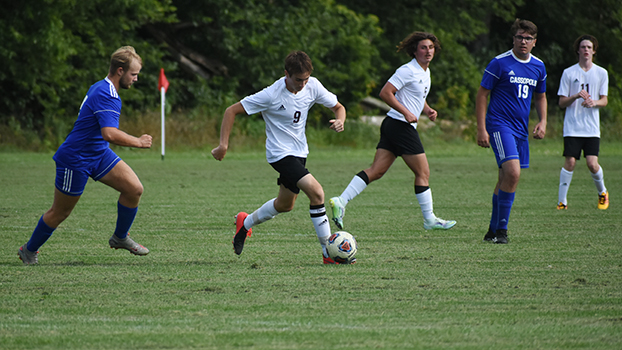 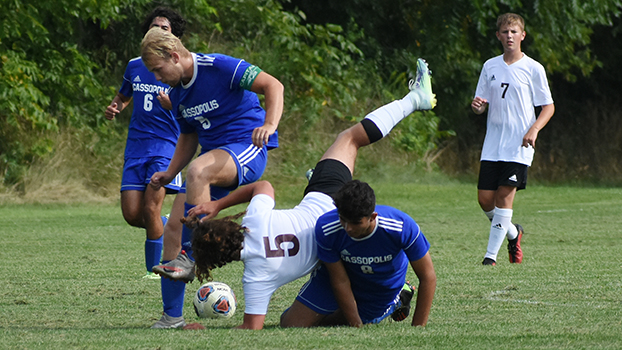 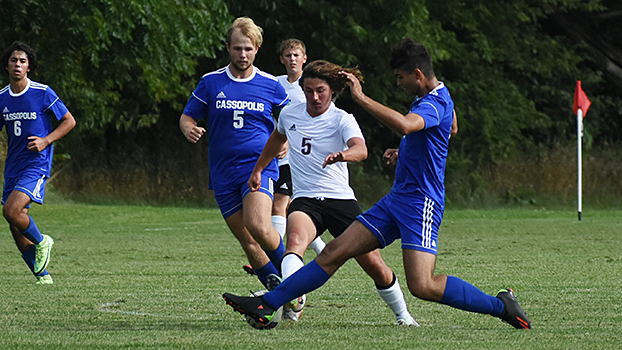 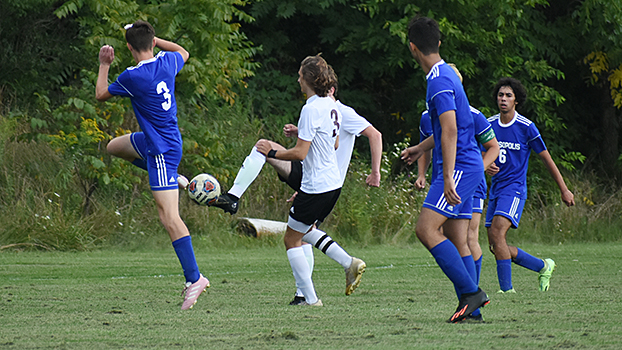 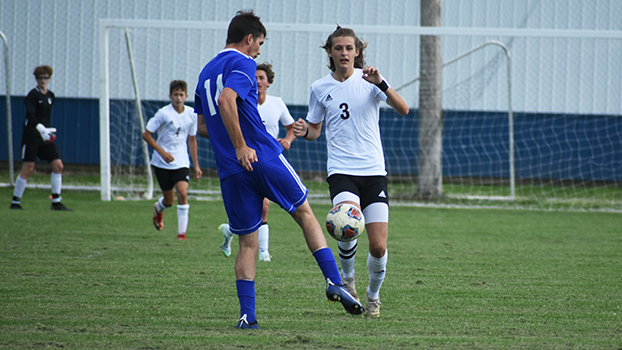 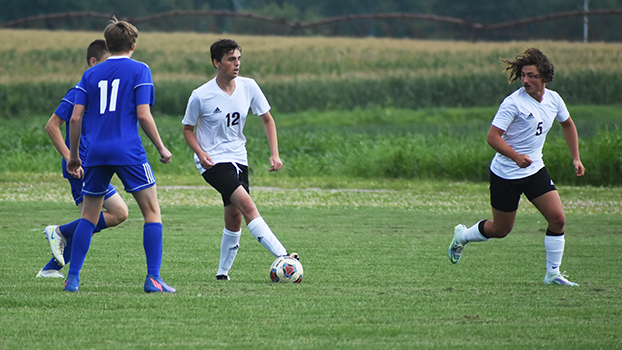 CASSOPOLIS — Malachi Ward was a one-man scoring machine for host Cassopolis as it defeated visiting Buchanan 4-2 in the season-opening soccer match for both schools Wednesday.

Ward scored all three goals in the opening 40 minutes as the Rangers (1-0) took a 3-0 lead on the Bucks.

But it wasn’t until he scored in the 68th minute that Cassopolis could breathe a sigh of relief.

Despite being outplayed in the opening half, the Bucks (0-1) regrouped at halftime and came out on fire — scoring two goals in two minutes — to cut the Rangers’ advantage to a single goal at 3-2.

Britain Phillip and Brian Proud scored the goals for Buchanan, and the pair also assisted on each other’s goals.

The match remained a one-goal affair until Ward found the back of the net with 12 minutes remaining in the match.

“We seemed to maintain a lot of possession and were moving the ball fairly well and communicating well as a team,” said Cassopolis Coach Austin Francis. “It was unfortunate to have back-to-back moments of poor judgment and miscommunication with the Buchanan goals, but give the Buchanan players credit for never giving up.”

Francis was pleased with the overall play of his squad in its first game of the 2022 season.

“Malachi Ward came out having one of the best games of his life and had even more potential goals than the four he scored,” he said. “We had a lot of bright spots for it being our first game and having the lowest number of players of any team I have coached. I wasn’t really sure what to expect, but I am pleased with what I saw and our potential. However, with 36 shots, I look forward to seeing more put in the back of the net.”

The Rangers and Bucks could wind up facing each other again on Saturday as they compete in the VanDenBerg Invitational, which Buchanan is now hosting.

Cassopolis plays Brandywine in the first match at 10 a.m., while the Bucks will take on 11-time defending champion Niles in the other semifinal game, which also starts at 10 a.m.

If both win, they will advance to the noon championship.