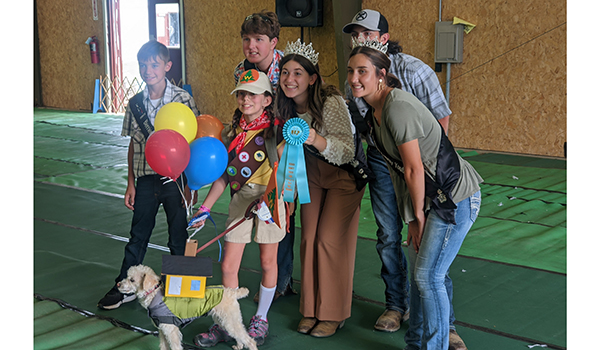 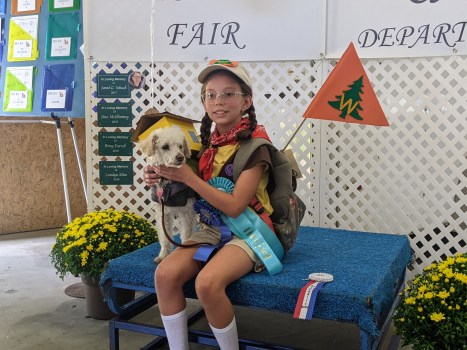 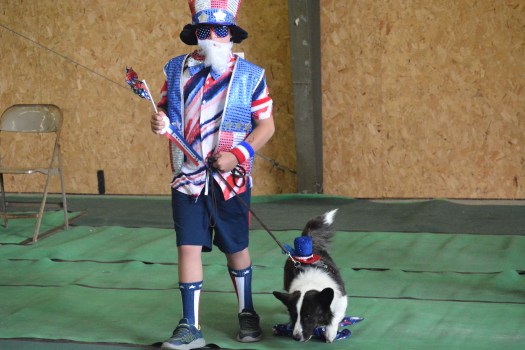 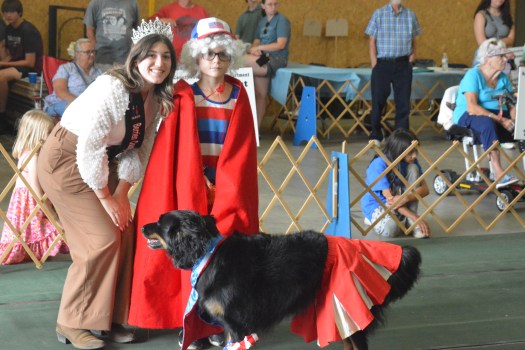 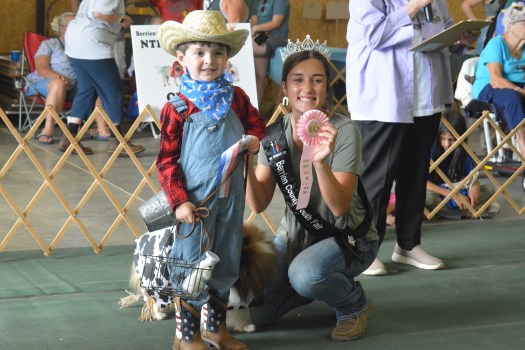 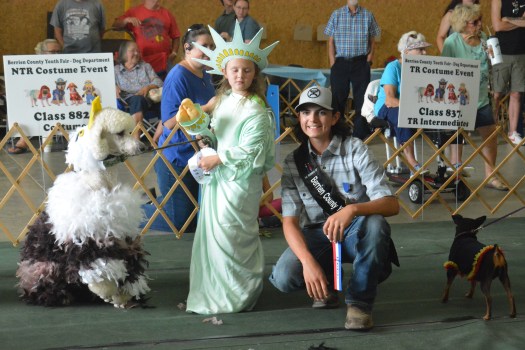 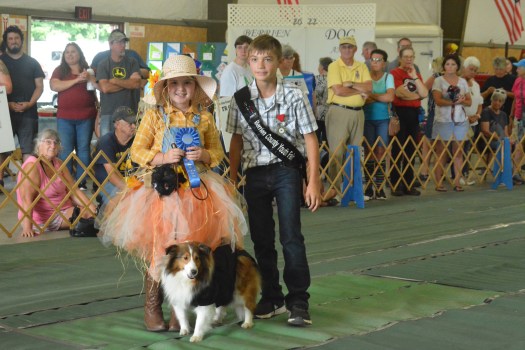 BERRIEN SPRINGS — Adventure is out there, and Marisa Murdock and her dog Chase were recognized for their exploits at the Berrien County Youth Fair.

Murdock, a Buchanan native who will be entering Buchanan Middle School in the fall, took first place with their costumes inspired by the Disney Pixar adventure film “Up!”

Murdock was dressed up as Russell, a boy scout in the film, and Chase as Carl’s house. Balloons were tied to the house to complete the look.

“We took his show jacket and tied a regular box to it and put paper around the sides of it to make it look like shingles,” she said. “Then, we put black paper on the roof and just used a piece of cardboard to angle it and then we made the windows out of just cardboard paper.”

According to Murdock, Chase is a rescue dog the family took in when he was a puppy. She enjoyed being able to participate in the contest with him.

“It was pretty fun,” she said. “He’s not really a show dog but we thought we could try to do it this year.”

According to her mother, Aimee, Murdock has always enjoyed creative projects.

“That’s just her,” she said. “She’s very creative. She loves the movie and we thought it’d be cute going along with the kids theme.”