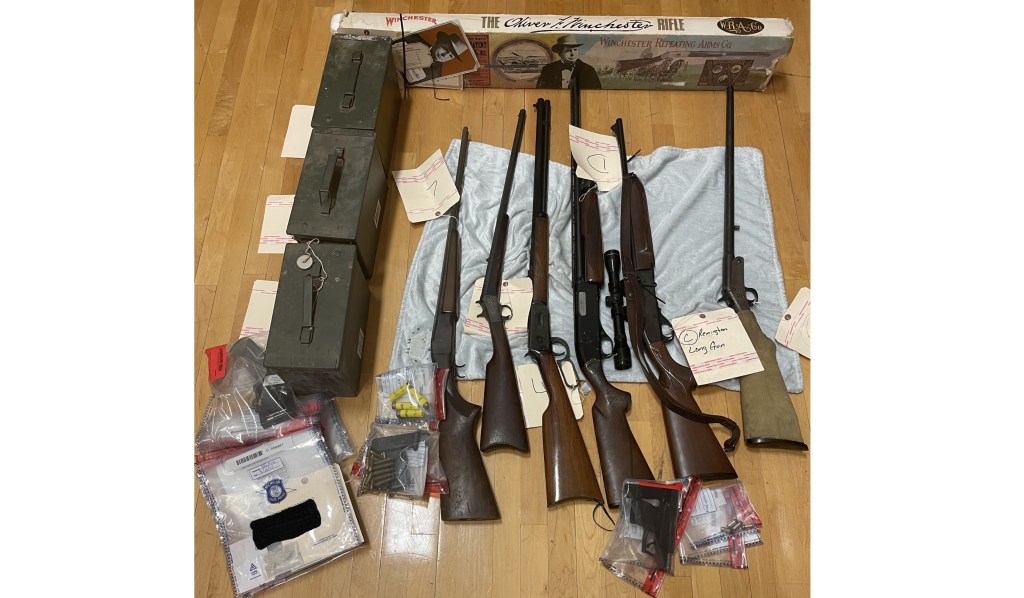 During the search warrant, three male suspects were detained, including the homeowner who is the focus of this investigation. A subsequent search of the homeowner, who is a convicted felon, resulted in the discovery of a pistol on his person. Found inside the home was a quantity of crystal methamphetamine, scales, and other evidence of trafficking. Seven additional firearms were also seized from the home. The other two men were released from the scene. The homeowner, 41-year-old Edward Matthew Ward of Berrien Springs, was lodged at the Berrien County jail. He was arraigned on the following charges: