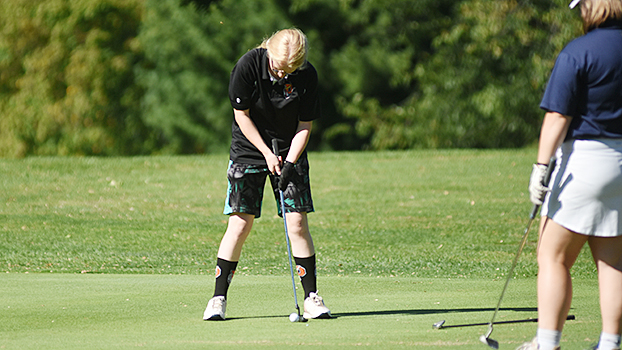 Kalamazoo Christian, led by medalist Kylie Gernaat’s round of 40, took first place with a team total of 186. Jamboree host Kalamazoo Hackett shot 196 to finish second, while South Haven was third with a 216 and Dowagiac fourth with a 224.

“Pleased with the start,” said Dowagiac Coach Bob Turner. “Need to work on reading the greens and adjusting to the speed quicker. Staying focused for the entire round is also something we will get better at as we move forward.”

Rounding out the field were Schoolcraft (240), Comstock (281), Michigan Lutheran (296) and Lawrence, which had just one golfer and could not post a team score.

Dowagiac’s Rebecca Guernsey finished in the top 10 as her 46 was good for fourth place as an individual.

The Chieftains also got a 56 from Carlee Spagnoli a 57 from Anna Ironside, as well as 65s from Cora Wegner, Bree Behnke and Joden Kusch.

“Even though we didn’t score well, it was a historic match for us,” said Cassopolis Coach Joseph Westrate. “The first-ever girls varsity golf match for the Rangers. I am very proud to be a part of that.”

Westrate added that his team will get better as the season goes along and he has his full lineup.

“Things will only improve,” he said. “We were missing our top three golfers due to personal summer vacation plans. Hence, the competition for top six spots will be ratcheted up significantly in the coming weeks. It shall be a fun season.”

The next league jamboree will be hosted by South Haven at the Beeches Golf Course.