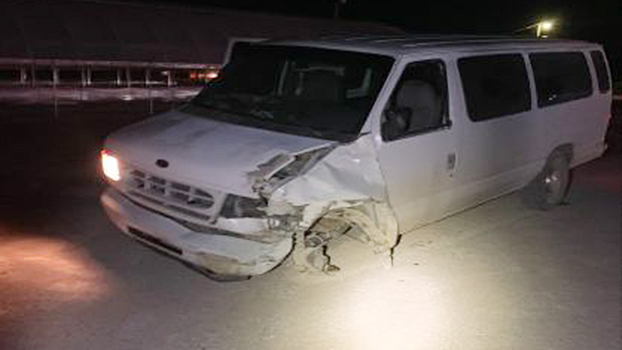 HARTFORD — A 27-year-old Niles man was killed when his motorcycle was struck by a van at approximately 9:45 p.m. in Keeler Township Friday.

Darek Jamal Bullock-Mills was pronounced dead at the scene after the motorcycle he was riding was struck by a panel van driving by Renato Florez, 44, of Covert, on 90th Avenue near 67th Street in Van Buren County.

According to the Michigan State Police, the van Florez was driving crossed the centerline and crashed head-on into the eastbound motorcycle. Mills’ passenger, Elyse Zimmerman, 24, of Niles, was also ejected. She sustained critical injuries and was airlifted from the scene by med flight to Bronson Memorial Hospital in Kalamazoo.

Florez, who sustained only minor injuries, was arrested and taken to the Van Buren County Jail, charged with operating while intoxicated causing death and operating while causing serious bodily injury.

Troopers say he had open intoxicants in the van.