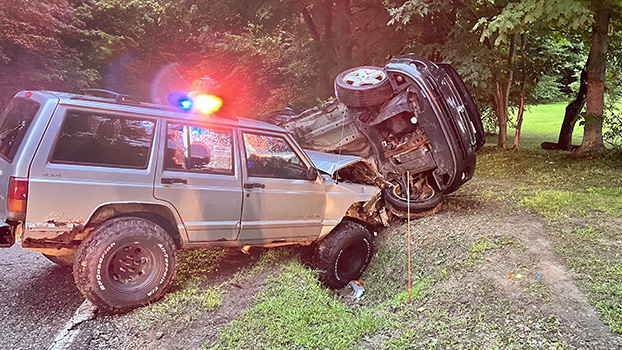 At approximately 7:53 p.m., deputies arrived on the scene to investigate the personal injury crash.

Investigation shows that Elkhart resident, Nicholas Dimos, 27, was turning into a driveway on Union Road. Nicholas did not see the oncoming vehicle and pulled in front of it. The driver to this the vehicle that got struck was Union resident, Jaden Prouty, 17. Prouty was transported to Elkhart General Hospital for injuries sustained from the crash.

Both drivers had seatbelts on and airbags were deployed on both vehicles. Alcohol and drugs do not appear to be a factor.

Assisting to this crash was Penn Fire and Pride Care EMS.