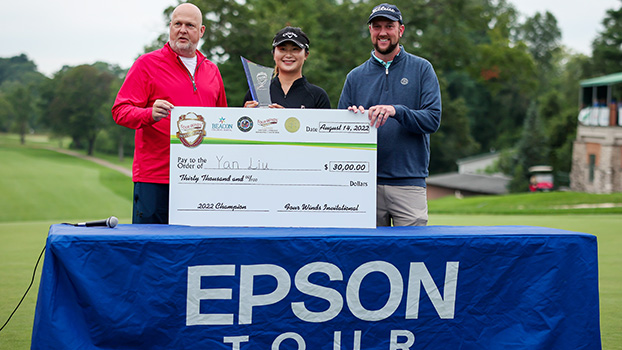 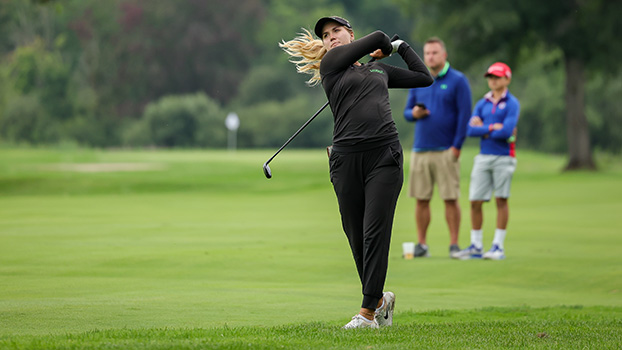 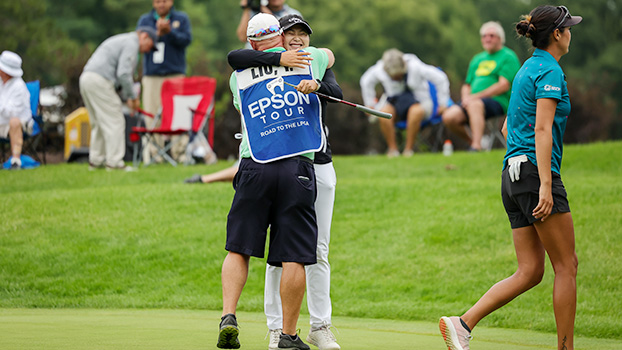 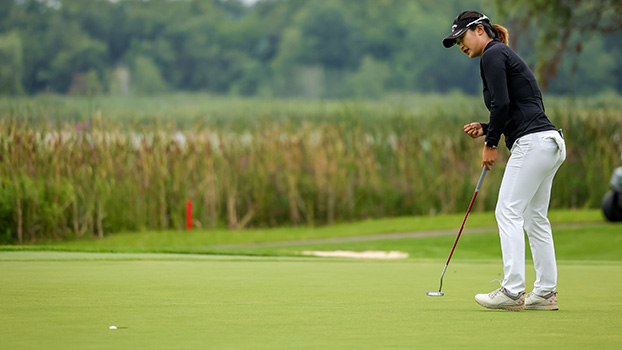 Yan Liu drops a putt for par and gives a fist pump during the Four Winds Invitational at the South Bend Country Club in South Bend, IN. 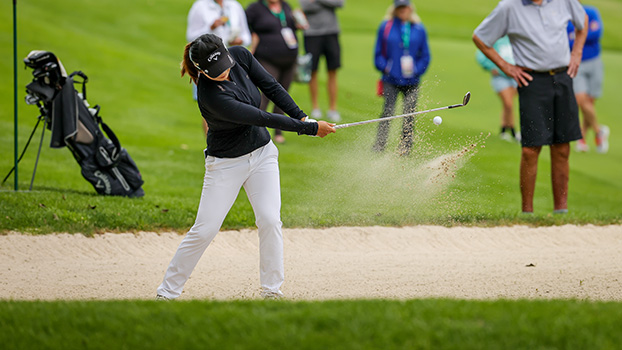 Yan Liu hits a shot of the bunker on the 10th hole of of the final round of the Four Winds Invitational. (Leader photo/JEFF DOUGLAS) 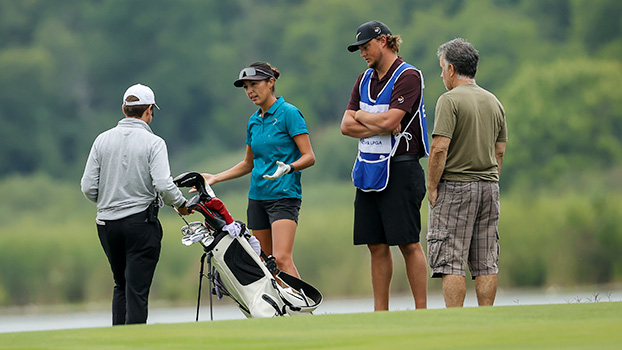 Gabby Lemieux questions a rules official during the final round of the Four Winds Invitational at the South Bend Country Club. (Leader photo/JEFF DOUGLAS) 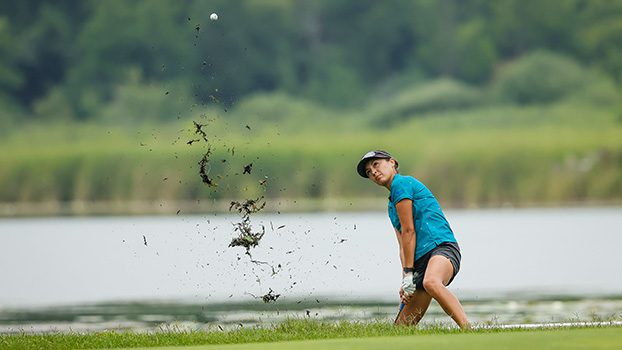 Gabby Lemieux hits out of a hazard in the final round of the Four Winds Invitational. (Leader photo/JEFF DOUGLAS)

Liu, of Jiangxi, China, was the leader after each of the first two holes, but trailed Kiira Riihijarvi and Gabby Lemieux by a stroke on the 18th hole. Liu birdied No. 18 after bogeys on No. 15 and No. 17 dropped her from the lead. Her birdie forced a three-way playoff with Riihijarvi and Lemieux.

The trio returned to No. 18 for the playoff. Liu birdied the par five, while Lemieux pared the hole and Riihijarvi bogeyed what turned out to the be final hole of the invitational.

After shooting 64 on Friday and 71 Saturday, Liu struggled Sunday with a 74.

While she was struggling, Riihijarvi and Lemieux charged up the leaderboard after shooting 72 and 71, respectively, on Friday. Both played their way back into contention Saturday shooting 69 and 66, respectively.

Liu hit only have of the fairways Sunday at the South Bend Country Club and she only hit 12-of 18 greens in regulation. She finished with just two birdies, while she had four bogeys.

For Liu, it was her first career win on the Epson Tour, while this is only her third top-10 finish of the year. She will significantly jump up the money list as she takes home $30,000 for the win. Liu came to South Bend 27th on the money list with $29,559 earned in 14 starts. She is projected to jump to No. 7 in the 2022 Race for the Card.

Liu’s previous career-best finish on the Epson tour was third at the 2022 Garden City Charity Classic. She finished tied for ninth at the Casino Del Sol Golf Classic.

Liu is the ninth first-time winner on the Epson Tour this season.

“I’m feeling overwhelmed,” Liu said. “I was very happy [about the playoff] because on No. 17, I got a bogey. The chance to play in a playoff was awesome. I’m feeling amazing. I’m just proud of myself for never giving up. The season is not finished yet, so I need to keep working.”

Liu again credited her caddie for helping her get through the tournament and into the winner’s circle.

“My caddie always told me to believe in myself and my putting,” Liu said. “So, I did it. He helped me a lot.”

“I’m very happy to get it,” Cheng said. “I didn’t expect it at all, but you always say yes to extra money. It definitely gives me some pretty good confidence for the rest of this season, especially after this week.”

The Potawatomi Cup is a point-based ranking, with points being earned at the three Potawatomi nations’ casino events — the Island Resort Championship, FireKeepers Casino Hotel Championship and Four Winds Invitational. A total of $30,000 was awarded as unofficial prize money this season.