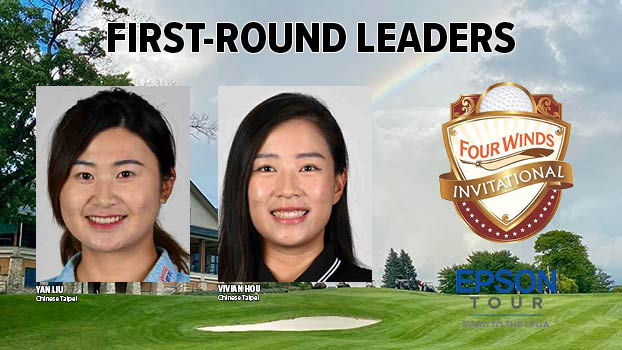 Liu, of Fujian, China, had nine birdies and just one bogey on her round. After starting the first four holes at even par, Liu birdied the final five holes on the front nine to make the turn at 5-under par.

She birdied No. 10 to move to 6-under par, but gave a stroke back on No. 12 with her lone bogey on the day. She would birdie three of the final five holes to finish at 8-under, which is three shots better than Linnea Strom and Vivian Hou, both of whom are at 5-under par.

Hou was the clubhouse leader for part of the afternoon until Liu made her charge.

Two shots back at 4-under par are Malene Krolboll Hansen, who was the clubhouse leader among the players who teed off in the morning, Roberta Liti and Selena Costabile. There are six golfers tied at 3-under par and five more at 2-under par.

Liu missed tying Jessi Gebhardt’s record of 9-under par, which she set in 2013.

Liu decided to go with a caddie this week after the tour had to squeeze in 72 holes in French Lick, Indiana last weekend. The moved certainly paid dividends.

“I think after this tournament, I’ll always have a caddie,” Liu said. “It helps me relax a little bit.”