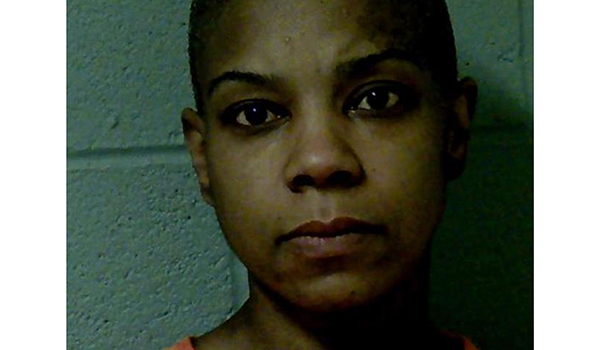 CASSOPOLIS – A Dowagiac woman who shot and killed a man in the midst of an argument in early 2021 was sentenced Friday to prison after pleading guilty to second-degree murder.

Deidre Tomlin, 40, of Hill Street in Dowagiac, pleaded guilty to second-degree murder and was sentenced to 20 to 50 years in prison. She has credit for 578 days already served and must pay $1,108 in fines and costs and restitution of $5,436.82.

The incident occurred Jan. 4, 2021 on Hill Street in Dowagiac. Tomlin shot Bryce Grove in the face and then disposed of his body in a trash can. When police were contacted, they first found blood and then discovered Grove’s body. Tomlin was arrested a short time later in South Bend.

Grove’s brother in law, Joseph Carpenter, read a statement his wife, Rebecca, wrote. He noted that he and his wife had guardianship over Grove’s young children.

“It’s nearly impossible to explain how his murder has changed our lives and how I had to tell his children just because of others’ selfish decisions,” Rebecca Carpenter wrote in her statement.

She wrote how her brother showed up at their home two months prior beaten up and saying that Tomlin was going to kill him. “I said that was crazy, but 60 days later he was killed,” she wrote. “He was not a saint, but he deserved better than that. You cannot imagine what it’s like to have someone say something so far-fetched and then have it happen.”

Cass County Prosecutor Victor Fitz said Tomlin’s life has been “all about her”. “It’s not been about other people but about what was convenient for her,” he said. “She tries to portray herself as a wallflower and victim, this woman is no timid wallflower.”

Fitz said Tomlin has a past record of assaults and other actions including shooting a gun into a building in the Niles area in September, 2020.

“Actions speak much louder than words,” he added. “Her first action wasn’t to call 9-1-1 but to hide and dispose of the body … It’s minor, but where is the gun, the killing instrument? I expect it is still out on the street in the hands of people less than savory.”

“She said she has survived and is a good person,” he said. “She did survive but she is not a good person. The only way she will become one is if she realizes she is the furthest thing from that. She’s deluding herself.”

“On that day, he entered my home unlawfully when he was not wanted,” Tomlin said Friday. “My intention was never for him to die but for my survival. I apologize. I have not led a perfect life, but this was not a malicious act.”

Cass County Circuit Judge Mark Herman noted that Tomlin described her relationship with Grove as “tumultuous”. “Unfortunately this ended in tragedy for both of you,” he said.

“You are 40 years old and while this is your first felony, this is an action that cannot be taken back with the person made whole,” he said. “You destroyed his family and yours. So many people’s lives have been affected. People don’t appreciate how one thing they do can impact so many.”